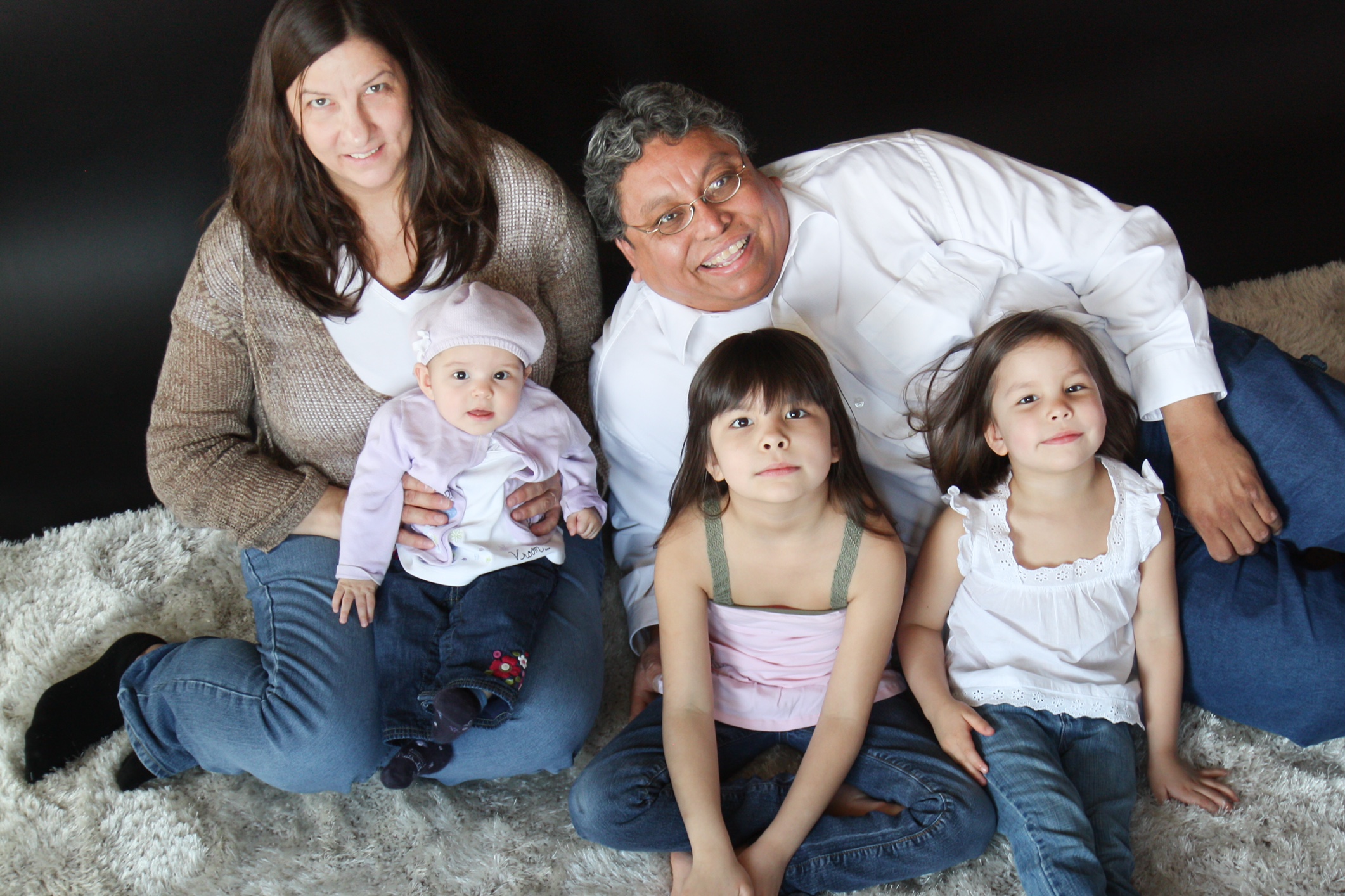 Voices of YMM: Kingsley Woods, a man from a long line of traditional healers

When Kingsley Woods was a 10-year-old boy growing up on Long Plain Reserve, he said he remembers being visited by spirits in his dreams, showing him how to harmonize with nature, communicate with all living beings, and how to heal. Since then, he has travelled North America learning various healing rituals and experiencing his fair share of adventures along the way.

Woods currently works as a Mechanical Engineer at Syncrude Canada Ltd. and has been an active member of the Wood Buffalo community since 2013. While fueling his curiosity and passion for learning through his dynamic job, Woods takes pride in conducting Indigenous healing ceremonies and strengthening his bond with the natural environment.

“My dad is a Dakota from the United States. His family came up here during the Minnesota Uprising in the 1800s. My mom’s side is Ojibway. The Dakotas are male-driven, and Ojibway are female-driven, so I grew up with two different languages and philosophies in the house and then learned English, as well. I don’t know how my parents made it work, but they did,” he said.

A cultural duality allowed Woods to pursue many traditions, as he describes as “tuning in with his surroundings” and being close to nature.

“When I was growing up, I learned how to fish, swim, and I even had my own trap. As a child, I was always in tune with my surroundings. In both my cultures we believe that everything natural has a spirit, so we have to treat nature with respect.”

Young Woods’ intrinsic connection with nature soon blossomed into a life path as he realized he was chosen to be a healer by the spirits of the Elders, the senior members of the First Nations communities.

“I come from a long line of healers, and since my father had practiced the healing ceremonies. Eventually, it was passed on to me. When I was a young person, I had a vision where a bunch of spirits came to talk to me. They started asking me questions to see if my heart was good and if I was in the right frame of mind,” he explained. 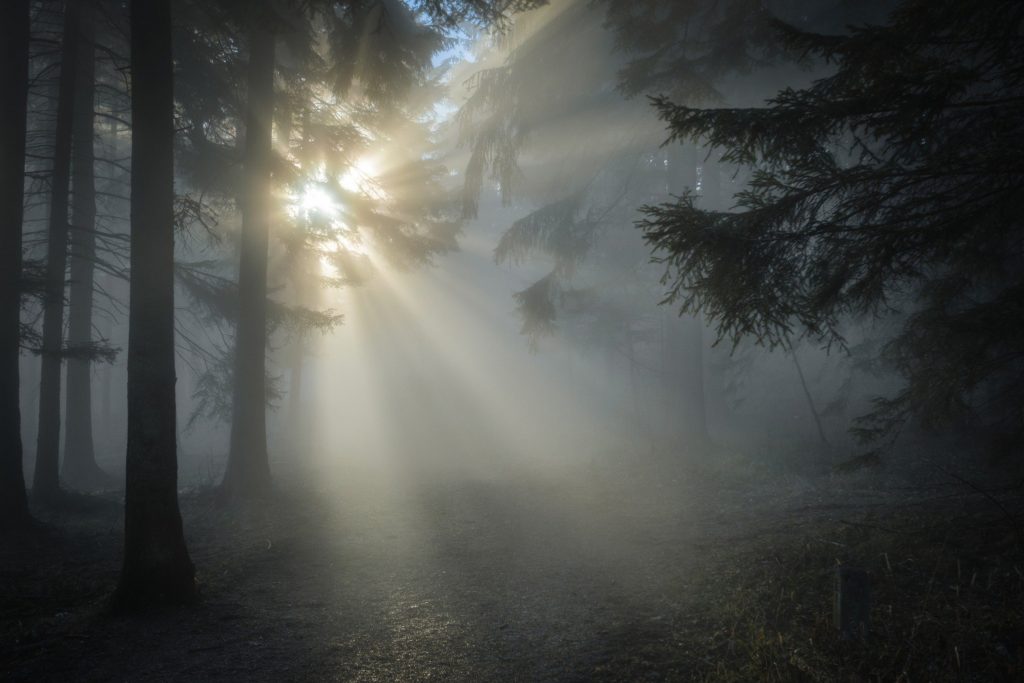 “The spirits began to teach me how to talk to people and animals and enhance my connection to nature. They told me that when I got older, they would give me a gift, a pipe. I knew exactly what they visited me for; they were preparing me to be a healer right away.”

Although Woods would grow up to become a magnificent healer, as a young boy, he reserved some concerns.

“Being a young person, I didn’t know how to handle what I had just been told by the spirits. I wasn’t ready to take on the responsibility of being a traditional healer. I wanted to grow up a bit before I began leading spiritual ceremonies, so I asked my dad if there was a way to delay the process. After doing a ceremony the spirits came back and said they would let me live my life, but when the time comes, I would have to pick up my duties,” he said.

Once Woods was given time to explore the world before accepting the honour and responsibility of becoming a healer, he chose to further his education.

“When I started going to school, I learned that I had a knack for learning. There were many opportunities for me to fall off my track since Long Plain Reserve had a 95 percent unemployment rate, and all my peers dropped out after grade nine, but my driving force was my vision for my future. I knew I wanted to be able to support my family, so it was important for me to stay motivated. Thirty-six students from Long Plain Reserve entered secondary school, but I was the only one that graduated.”

After graduating, Woods began working for Environment Canada. Travelling through the Arctic and around Canada brought Woods closer to nature. Despite 15 years of working for the Federal Government, Woods changed his career path to engineering after tackling a wildfire.

“I was working at a remote island weather station in Saskatchewan with five others. One day, in the distance, we could see a small fire had started. We called the firefighters, and I went to get a closer look. The fire was smaller, so I asked the firefighters to help me put it out. They refused because they said they only get paid if the fire is within 10 kilometres of the area. I spent all night alone trying to put out the fire, and in the morning when I went to work, the wind picked up,” he explained.

Within hours, the forest was engulfed in flames. Woods said he rushed to the firefighters as they were packing up to leave the island as the fire became too large for them to fight.

“We were thinking quickly, so we sent our wives away on the boat with the firefighters and me and my colleagues stayed behind to protect the station. I had an idea to build a fire truck. The guys probably thought the smoke was getting to my head, but I explained how we could fight the fire with a trailer, generator, and water jugs,” Woods said.

“My makeshift fire truck was working, so we sprayed our station and the trees around us. When the fire approached, it turned and went around us. After that experience, one of my colleagues told me I have the mind of an engineer. I just used whatever I had like I had been taught, but I realized that I truly wanted to be an engineer.”

Another calling to his Indigenous roots

Before Woods began studies in engineering, he was revisited by spirits calling him to his Indigenous roots.

When I was 35, the spirits finally came to me again. My great grandmother’s spirit sat down on the edge of my bead, and all she did was say, “That’s it now.” Then, she got up and went to the door of my room but before leaving she turned around and asked, “Do you understand?” After that, I packed up and moved back to Manitoba and began learning from our traditional mentor,” Woods shared.

“I ended up living with him for a year, and we travelled around North America, visiting all different kinds of ceremonies. As I got older, the dreams came more and more often to teach me our healing rituals.”

After Woods had mastered his traditional healing practices, he attended the University of Manitoba. Upon graduating, Woods spent the next couple of years working for Boeing.

“I got many opportunities as an aerospace engineer for Boeing. I saw the first 787 Dreamliner being built. It was definitely a once-in-a-lifetime experience.”

“I found a conflict within me when I first started working as an engineer because many of the practices are harmful to Mother Earth. I went to see my Elders and they explained how I am putting food on the table for my family and advancing our traditions, so while we must still pray for Mother Earth, I also have to look out for my family,” he said. 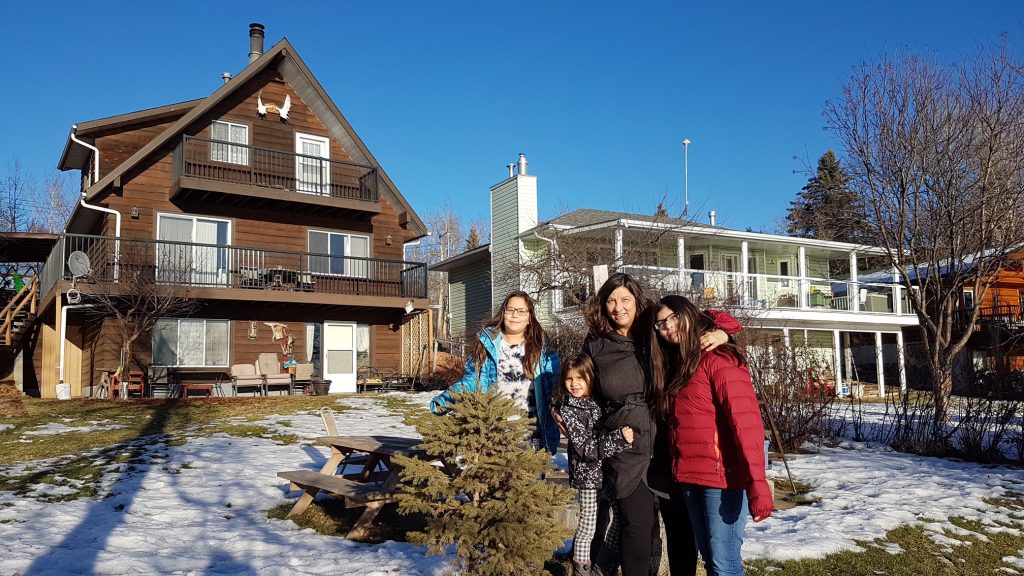 Today, Kingsley Woods conducts healing ceremonies within Wood Buffalo and attends the biannual Sundance in Manitoba, and British Columbia. Woods said one of the most sacred ceremonies he attended is Sundance.

“We dance and communicate with the spirits. The energy becomes powerful and strong, so we bring all the people who had ailments into the ceremony. I have seen people who have never been able to walk in their entire life leave the ceremony on their own two feet,” he said. “I have seen people enter with stage 4 cancer and leave with no cancer. All kinds of miracles take place during the Sundance ceremony. The last four days, we work on grounding our spirit to our physical bodies in preparation for the rest of the year.”

The engineer is passing on his healing knowledge to his daughters and teaching them both Dene and Ojibway cultures, trusting that one of them will soon take his place.

The Voices of YMM series acknowledges the multitude of cultures flourishing here. Whether you’re a Newfoundlander with entrenched Christmas traditions, a Chinese-Canadian with a killer dumpling recipe up your sleeve, or an FNMI Elder with sacred healing rituals, we want to hear your story!

What brought you to YMM? How have you made YMM your home? What makes YMM so special? Share your story! Contact us by emailing YMM Parent’s Editor-in-Chief at dawn@balsom.ca.