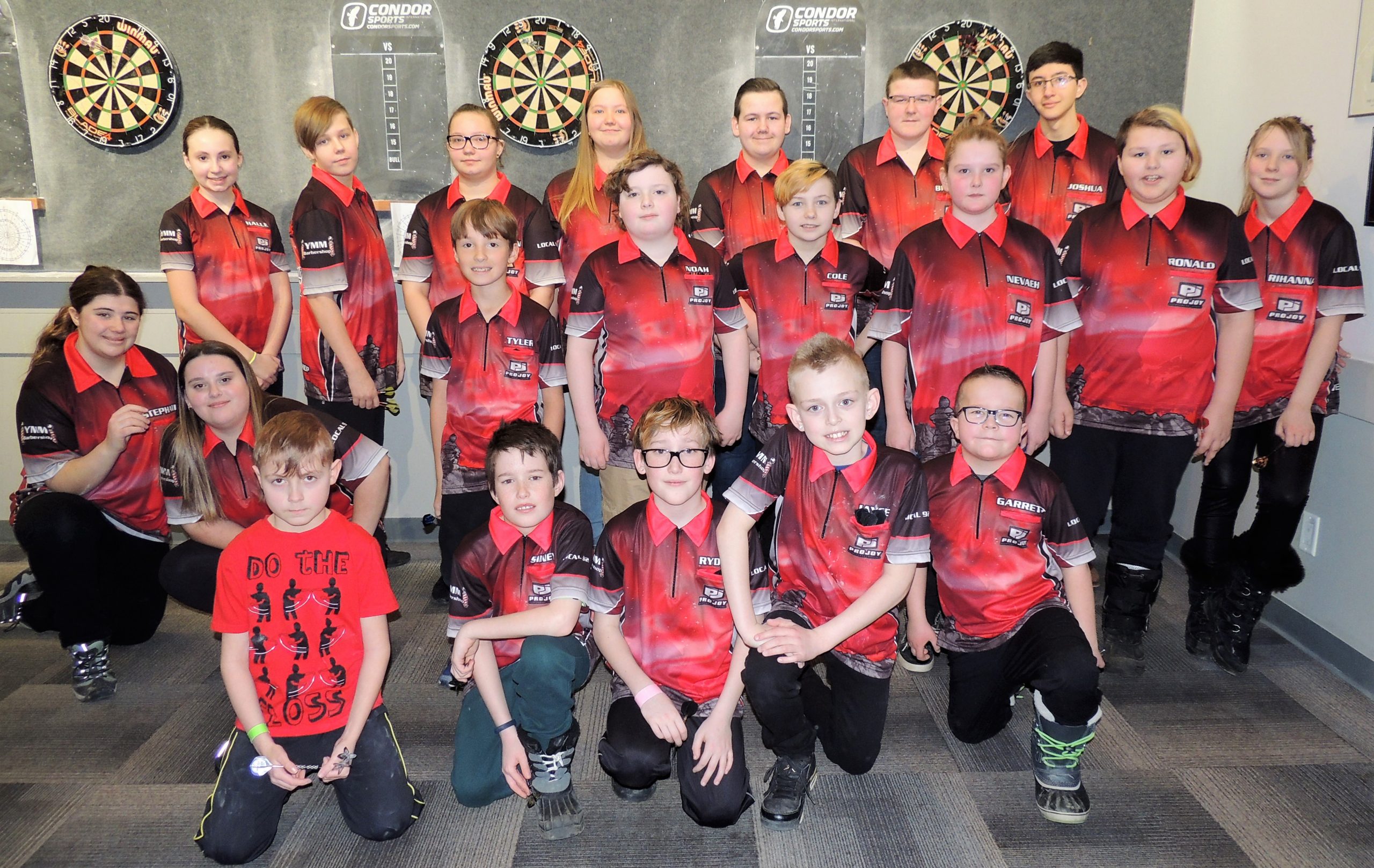 The Fort McMurray Youth Dart League (FMYDL) will be heading to Edmonton this weekend with 11 team players to compete in the 2019 Youth Provincial Championship.

Starting on February 22, the tournament kicks off with the Inaugural Youth Dart Scholarship Shoot. The Provincial Championship takes place at the Edmonton Inn at 11834 Kingsway Avenue on February 23 and 24, 2019.

“I’ve never been more proud of anything I’ve done than getting first,” Madison said on her recent ranking to top place after the tournament held in Ponoka, Alberta on November 4, 2018.

As for the love of the game, “having fun, making friends and competing” are Madison’s favourite aspects of playing.

“It’s a great way to focus. It keeps me focused on a lot of things,” she said.

Off to the Provincial Championship

The players will be competing for the top two spots in their Division to secure a place on Team Alberta. This includes the best players in Male and Female in Junior and Senior.

Claiming the spots on Team Alberta will take the players to the 2019 Canadian National Championships hosted in Saskatoon, Saskatchewan in May 2019.

The 2019 Provincial Championship will be both Madison and Bradey’s second time competing at this level.

Bradey said his favourite part of playing darts is the “competition. I love it.”

In 2018, Bradey demonstrated determination to compete after he played with only a few hours of sleep due.

“Last year’s tournament was a practice run. It was my first Provincial, and we got in a car accident the night before, and I still showed up. I just wanted to get down there and play,” he said. “Nobody expected us to come and we did.”

The Fort McMurray Youth Dart League was initiated in 2015 by residents Edward Legge, Draper Thomas and his wife Dione. Today, there is a total of 25 players.

Dione, President of FMYDL, said the idea to start the League stemmed from wanting to offer an affordable sport.

“My husband and I were thinking about it for a while before we started it,” she said. “We asked around, and we had a lot of friends that said their children played. And, wished that there was a league.”

She has since seen players gain confidence in taking part in the game and being part of a team.

“I encourage them to speak their mind and be respectful. That you have to be a gracious loser and a gracious winner,” she said. “There’s so much more to it. But I’ve seen these kids go from shy and closed-in to happy and fully-trusting individuals that openly have fun.”

As for the upcoming Provincial, Dione said no matter the outcome, the coaches are proud.

“They really inspire me. I love seeing the kids grow into well-rounded youth – brave and honest,” she said. “It’s amazing when you see someone going for their goals, and good things are happening for them. We will do our best to help them make it in darts. We will all be cheering for them this weekend.”

For the past three years, the played out of the Fort McMurray Boys and Girls Club. The 2018-2019 season is the first for the League to utilize the Royal Canadian Legion Branch No. 165 as their home base and they practice there every Sunday afternoon. The regular season runs through September to May and is available for children aged 9 to 18 years.

To learn more about the Fort McMurray Youth Dart League, visit their Facebook group page or find them on Twitter at @FM_YouthDarts. For updates on Provincial rankings, visit the Darts Alberta website.