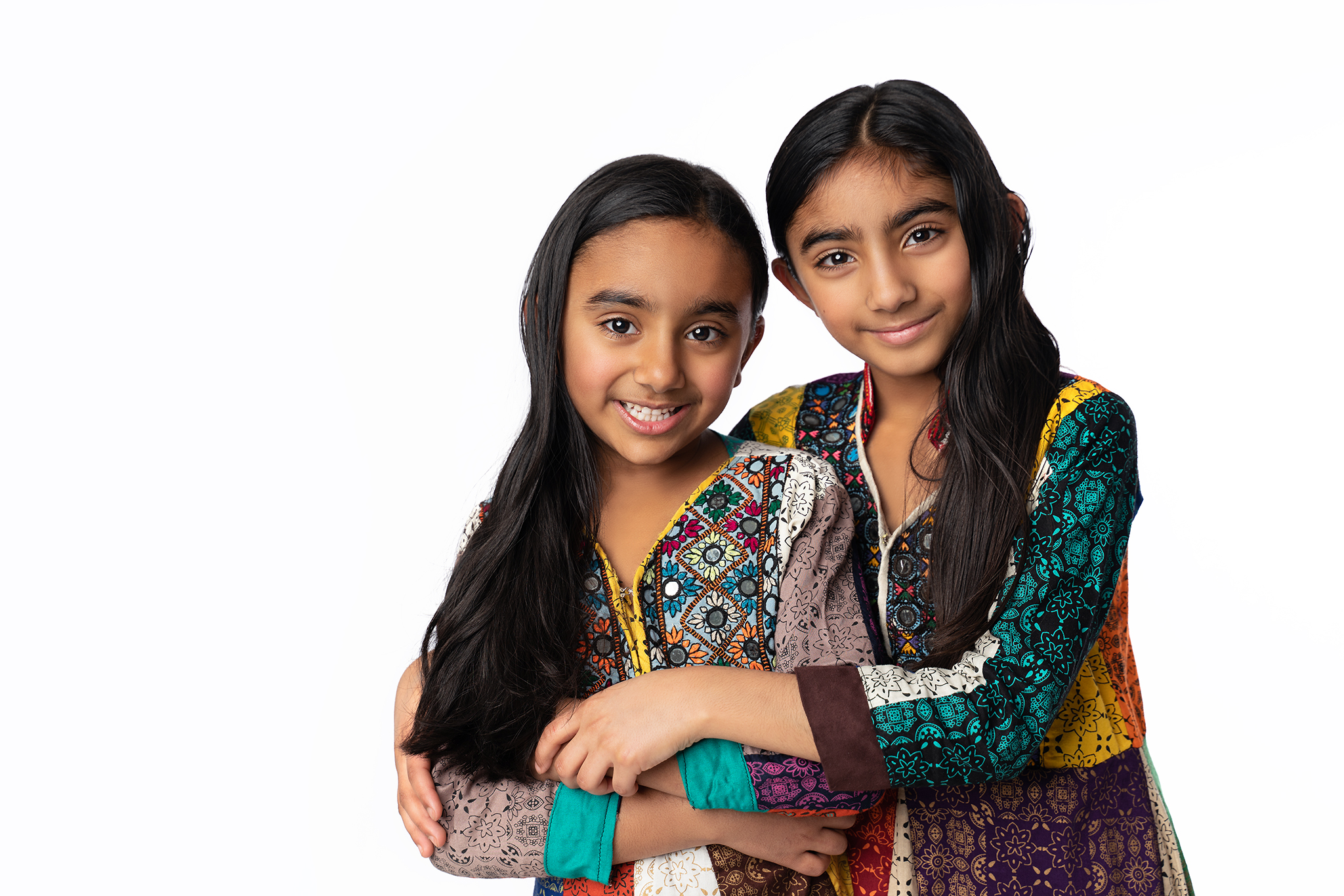 Local sisters Noor Hussain, 8, and Ujaala Hussain, 6, are cutting their hair for a second time to raise $5,000 in donations for the Canadian Cancer Society.

They are almost halfway to reaching their goal with $2,315 donated to date.

“I’m very excited to gift my hair to bring a smile for a child with cancer,” said Ujaala.

On April 17, the two girls will get a short pixie cut at Hair Trends. The local salon has been known for welcoming those who are supporting cancer research and will be providing the cuts to the girls at no cost. They will then send their hair to Angel Hair for Kids, a registered Canadian charity based out of Ontario.

Last time they cut for the cause, their hair was sent to the Pantene Beautiful Lengths program. However, the company announced they will no longer accept hair donations due to the increase in demand for synthetic wigs in November 2018.

Noor recalls her first haircut-for-cancer experience and said she knew it was going to someone who needed it more than she did.

“For the first few days, it feels different. And, then we get used to our new hairstyle. The important thing is that it’s a gift for someone who really needs it. My hair will grow back. I’ll keep on fundraising for this cause,” Noor said.

The young humanitarians held the fundraiser in April 2016 and raised $3,400. A few days following, the 2016 Horse River Wildfire took place and the girls evacuated with 88,000 other residents.

They shared that the kindness from others during this time instilled hope and they were “amazed by the generosity of Canadians during the evacuation. It makes us think more about the people and community we live in to make it a better place together,” as the girls’ mother Shazia Mughal told YMM Parent.

A Cause Close to Home

Mughal shared how raising awareness and support for cancer researching funding has been a cause close to her heart for several years after a dear friend devastatingly lost their 11-year-old-daughter to the disease. Shortly following, Mughal’s cousin’s wife passed away from cancer, leaving behind her seven and five-year-old daughters. Then, another close friend of hers also lost her life to the battle.

“We realized every second family is getting affected by cancer,” she said. “This all made us think of the awareness projects, as well as support research on the disease. We often discuss with our kids about the epidemics in the past, the struggles and how studies helped in making them distinct today.”

Noor and Ujaala are homeschooled by Mughal and well-educated for their age demographic. Noor is currently reading about historical events like World War I, slavery in America and their struggles. Ujaala is interested in writing different paragraphs and writing poetry. They both play hockey for the Wood Buffalo Hockey League.

Noor was also recently awarded the second-place title in the 2018 Canadian Math Kangaroo Contest. Acts of kindness also come from their parents’ teachings.

She recalls her earliest memories of her philanthropic efforts when she was only three years old.

Noor understands the importance of the cause and said she is most inspired by a legendary athlete and Canadian cancer research activist.

“One of my all-time inspirations is Terry Fox. His determination to support cancer research is remarkable. I dream of a world where no one fears cancer, as my parents tell me about polio. Polio was an epidemic that affected masses in the past,” Noor said.

“Thanks to all the research work that made the polio vaccine available, now the world is almost free of this crippling disease. We think of a planet without cancer. This journey requires lots of funds to support research and raise awareness about cancer. But as mama says; “It’s not impossible”.”