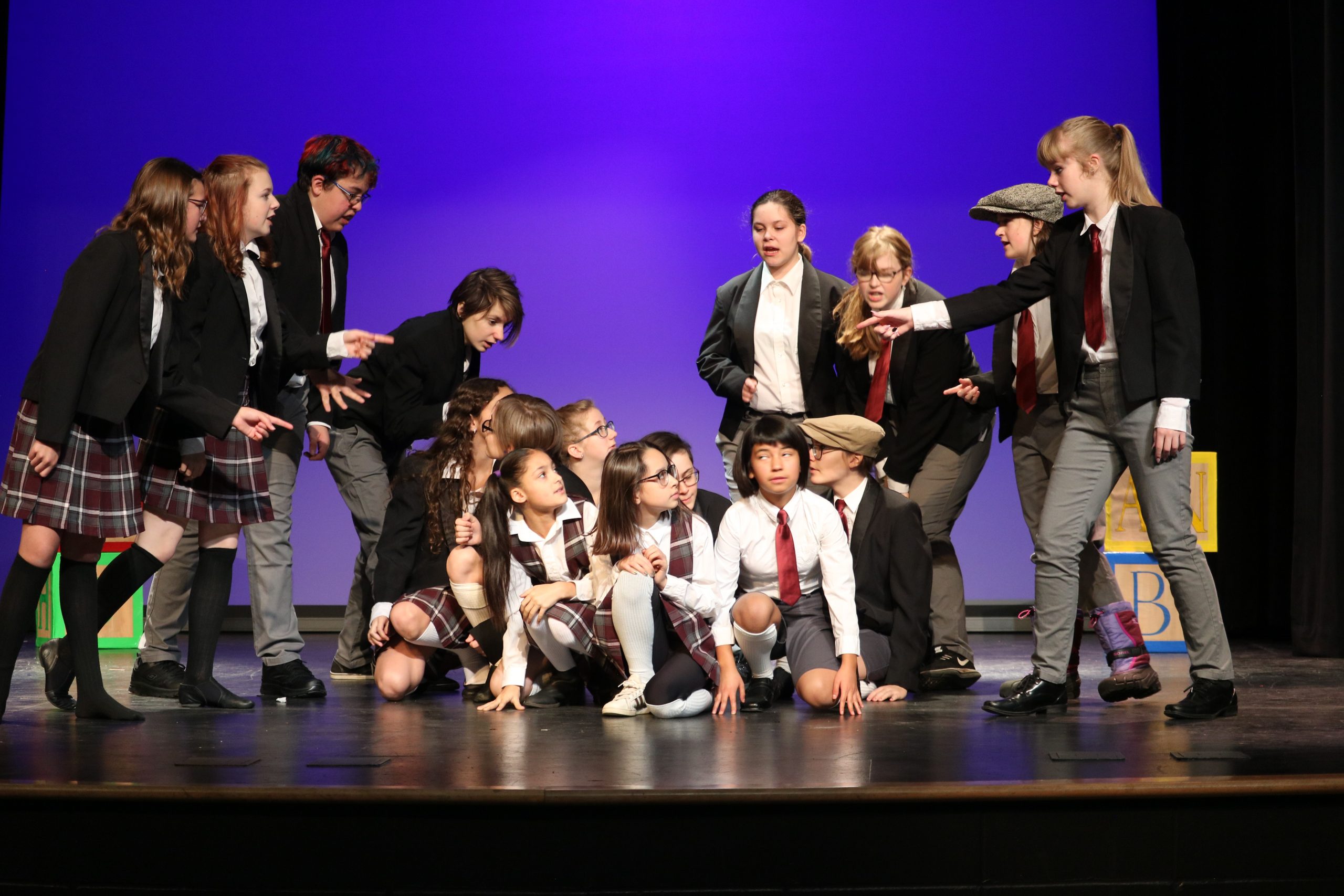 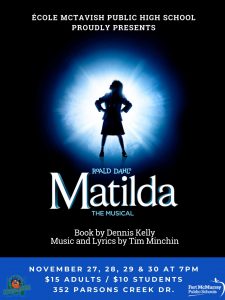 The show is about a precocious five-year-old girl ridiculed and excluded by her family. Soon, she finds herself at a school run by the disciplinarian headmistress Agatha Trunchbull who likes to throw children into the sky for wearing pigtails. Through the help of her kindhearted teacher, her mischievous friends, and some telekinetic powers, Matilda ventures to get payback for the headmistress’ cruelties.

The production involves more than 40 students, including stage actors, backstage students, theatre techs and set designers. Many roles are double-cast, which allows more students to be in the show.

Out of the four performance nights, two casts will split the shows – a blue cast and a green cast. Since two youth will play in the same role, they have the opportunity to collaborate, as well.

“I’ve met a lot of different people through the McTavish Music program,” said Marsya Azmi, a grade 9 student who plays Matilda in the blue cast. “Each year, all the cast members feel like a little close-knit family.”

Grade 7 student Rojeen Amiri plays Matilda for the green cast and explains how a double cast has its benefits.

“Matilda introduced me to students that I would have never gotten the chance to meet otherwise,” she said. “Being double cast is great since Marsya has done many McTavish productions before; I played a role similar to Matilda last year, so we help each other.”

Actors and the technical team were able to experience challenging scenes. “Bruce” is one of those scenes in which an entire chocolate cake needs to be eaten by the end of the song. 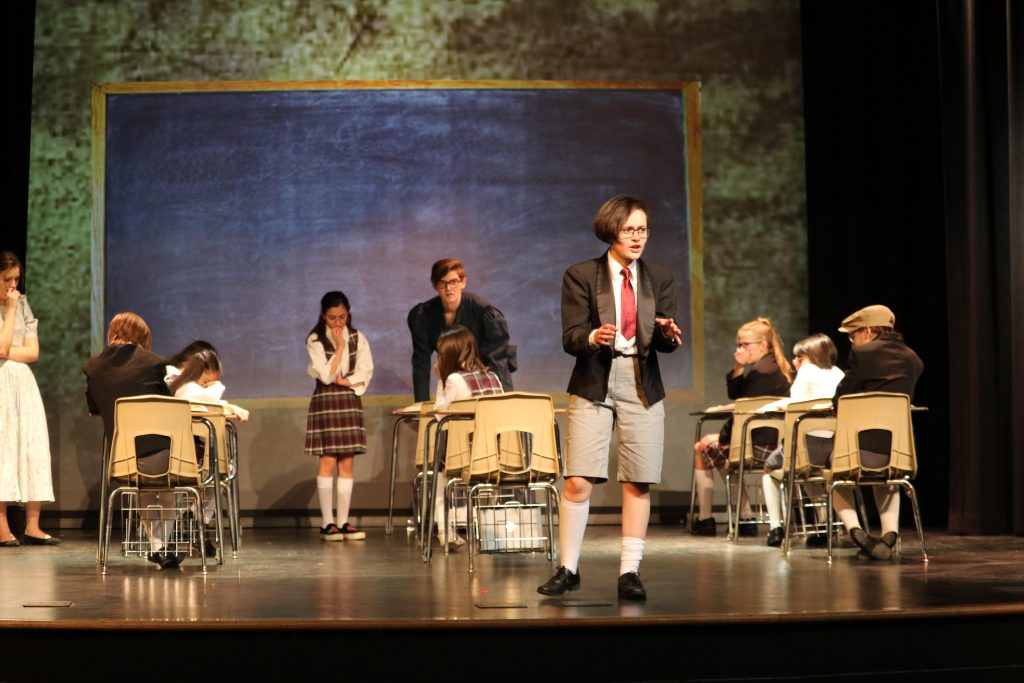 “In one sequence, I have to act like I’m burping for 12 seconds, which is a pretty vulnerable position to be in. It’s also difficult not to break character while everyone is singing and dancing, and I have to pretend that I’m devouring this huge cake.”

Play director Janice Doucette explains the technical challenges that come with each segment.

“It’s like having to develop a magic scene,” explains Doucette. “We designed a false bottom tray to retain audience experience and make it look like Bruce was genuinely eating a gigantic cake.” 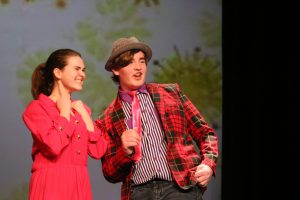 Cameron Burke, Grade 10, and Cash Finch, Grade 8, will be performing as Mr. and Mrs. Wormwood on November 28 and 29. Photo by Ashley Brockway 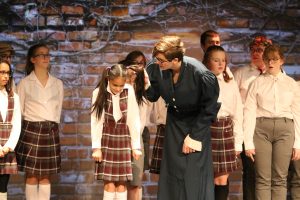 Grade 11 student Coburn Fadden terrorizes students as Agatha Trunchball for the green cast on November 27 and 29. Photo by Ashley Brockway 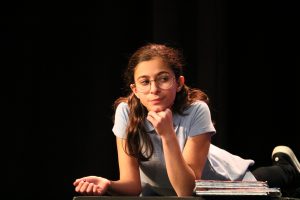 Rojeen Amiri will be performing as Matilda on November 27 and 29. Photo by Ashley Brockway

An aspect that’s unique to the McTavish theatre is a rear-projection screen used to build sets and backgrounds.

Choreographer Samantha Stone and music director Ashley Brockway appreciate the screen since it “has added an extra dimension to the show and allows for slicker, professional transitions.”

They continue, “We can add extra colour and make an impact on the performance in a way we’ve never been able to before.”

The Success from Student Talent

Director Erika Cook shares her experience of the musical and said the success at the end will be worth the hard work.

“Seeing the growth from day one to the end is phenomenal and one of the best parts of my job. In the last week of rehearsals, we are nervous about how the show will turn out, but the students always pull through, and we are always blown away by their talent,” she said. “Seeing the success at the end is what makes it all worth it.”

The performances take place from November 27, 28, 29 and 30 at 7 p.m. at École McTavish High School. Tickets can be purchased at the school or the door (cash only) for $10 for students and $15 for adults.