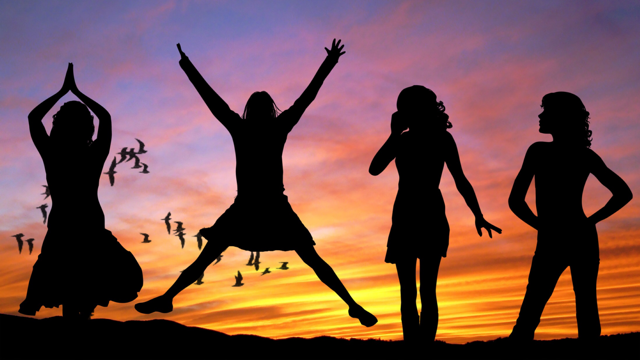 Over 700 girls in Northern Alberta empowered

Since the beginning of 2019, Girls Inc. of Northern Alberta has shared many exciting announcements, starting with the news of Bouchier Group’s five-year sponsorship commitment.

In February, the new sponsorship for Bouchier Group to support female leadership recognition launched with a funding commitment of $125,000.

“As a partner, supporter and believer of our girls, Bouchier’s sponsorship commitment has enhanced our program quality in countless ways,” said Girl Inc. of Northern Alberta’s Executive Director Nanase Tonda. 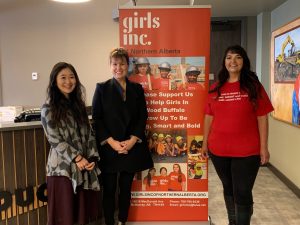 “With Bouchier’s help, we have been able to accelerate outreaching efforts to inclusive of the marginalized groups of girls, including those residing in Indigenous communities. Together with other community partners’ help, we will have empowered almost 700 girls, ages six to 18, by the end of 2019.”

The Women of Inspiration series continues

The funding also rebooted Girls Inc. of Northern Alberta’s annual Women of Inspiration (WOI) series, which is now into its seventh season. Since its inception in 2012, the program has honoured over 72 local women who have impacted and empowered the Wood Buffalo region.

“As a business owner, and at a personal level, I am committed to inspiring and supporting our culture and communities, and that includes all the women of Northern Alberta,” Co-owner of Bouchier Group Nicole Bourque-Bouchier stated in a news release for the sponsorship.

The 2019-2020 series is underway with ongoing announcements of the upcoming nominees with four announced and one left to be revealed in the new year.

“Building on our Women of Inspiration series initially presented by Syncrude Canada from 2012 to 2018, we continue to inspire all girls to be strong, smart and bold by recognizing and celebrating ‘gems’ in our community who are bringing about positive change by ‘shattering’ many forms of barriers surrounding girls,” explained Tonda. 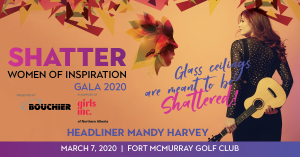 “Everyone has stories. Through different pathways, they are walking towards a similar goal – to inspire all girls to be strong, smart and bold,” said Tonda of this year’s WOI nominees. “Within and amongst their various professions, identities and passions, their ways of life are eye-opening and encouraging. You can’t be what you can’t see. All our nominees demonstrate what you can be, in so many different ways.”

To celebrate the 2019-2020 series, Girls. Inc has invited America’s Got Talent 2017 artist Mandy Harvey to perform at the Shatter Glass Ceilings Gala of Inspiration event on March 7, 2020.

Harvey’s inspirational journey to talent started at the young age of four. After the loss of her hearing at age 18 from a nerve deterioration disorder, Harvey decided to “trust her pitch” and continued driving her passion to the AGT stage.

Watch the emotional performance of her original song “Try” that earned her Simon Cowell’s Golden Buzzer at the 2017 America’s Got Talent show.