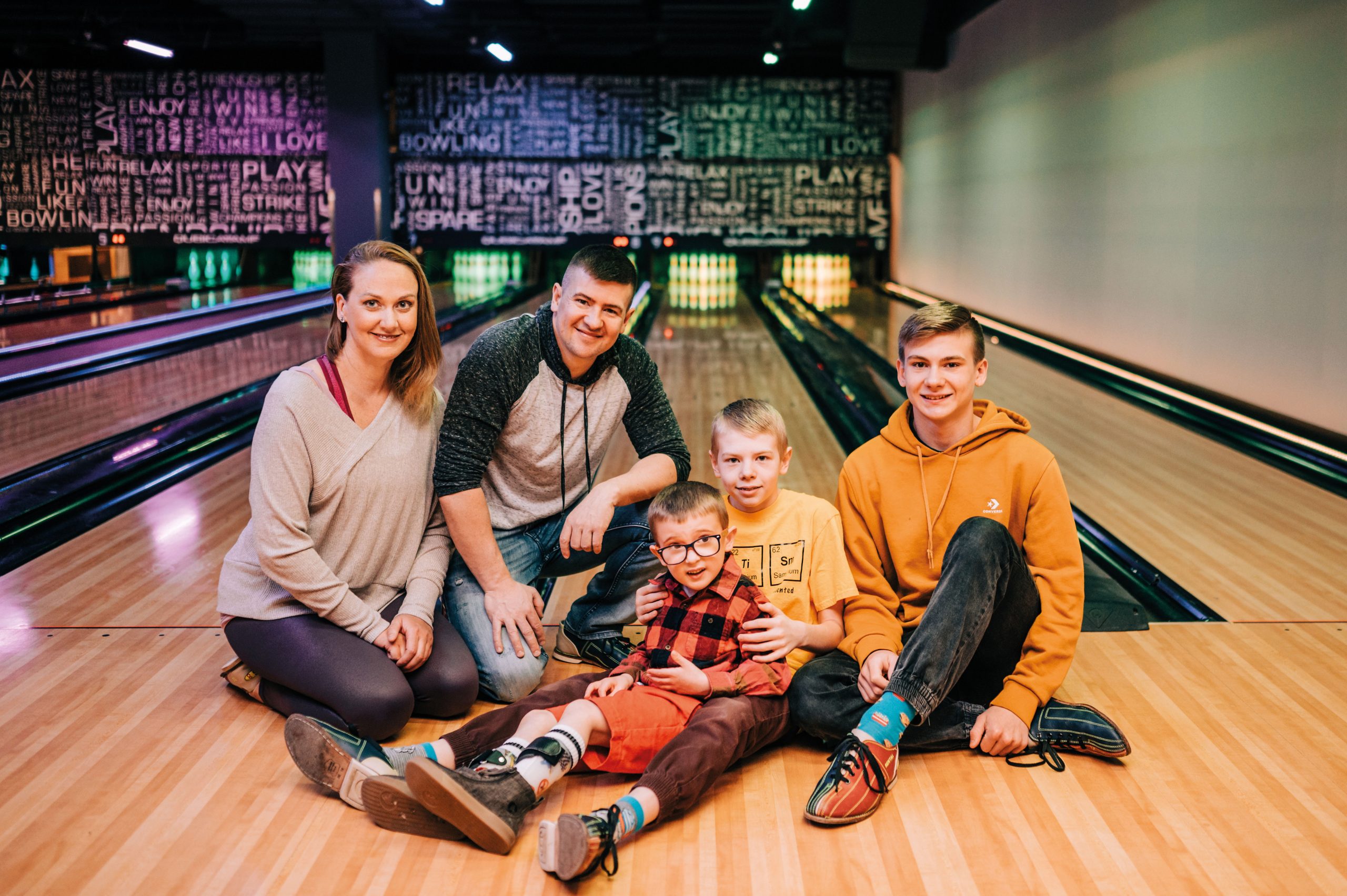 For the fourth year in a row, YMM Parent has hosted its annual cover contest. This year’s winner received a family fun experience at The Alley YMM and an inclusive photo shoot with local photographer Thomas Hopkins. In the past, residents have shared family photos and participated in drawing contests. For the 2021 submission call, families shared their favourite at-home photo and told us why they chose it. Candice Pilgrim sent in a sentimental shot of her three sons walking on a Fort McMurray trail close to their home. 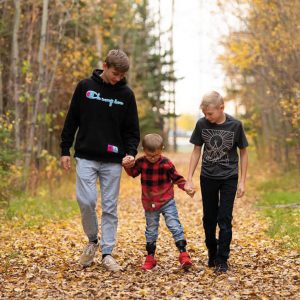 “The reason I chose this photo is because of the incredible bond the older two have with their littlest brother with special needs,” Candice wrote in her submission.

“Cade is non-verbal and has Chiari Malformation, Autism and Hereditary Spastic Paraplegia (HSP). His big brothers are his protectors, his voice when mom and dad aren’t able, and his advocates for all children with special abilities.”

She shared how she calls her oldest son Aidan “Mother Hen” for stepping in and helping with anything Cade needs without any prompting or questioning.

“He’s changed diapers as Cade is still unable to be potty trained. He’s the first to take Cade’s hand on stairs or walking down the street and to help him in and out of his stroller or car seat, to name only a few. Both big brothers are always so concerned about their baby brother’s well-being. Cade can’t do no wrong when it comes to his brothers, and they include him in all aspects,” she shared.

“Raising a child with special abilities is, of course, a challenge but highly rewarding – your whole perspective changes. You learn to see their amazing potential in different ways than their siblings. You definitely have to learn all about your child, learn their likes and dislikes. With a non-verbal child, this is important. Learn all about their disabilities.”

For the past 11 years, Candice and her husband, Scott, have made a life in Fort McMurray with their sons, Aidan, 15, Dax, 12, and Cade, 6. With Candice originally from Kitimat in British Columbia, and Scott from Carbonear, Newfoundland, she explained how the two met after his parents moved to her hometown. “Scott’s parents moved to B.C. for a job opportunity, and Scott happened to follow a year later.

He was working as an Armed Guard in Terrace and serviced the surrounding areas and their cities which meant they did runs to Kitimat,” Candice said. “I was working at my father’s gas station and convenience store when I would see Scott and his workmates stop in for gas and food before driving back to Terrace. Long story short, I asked for his number, and we married two years later. We bought a house in Kitimat, and he got a job at Eurocan Pulp and Paper.”

One year after the birth of their second child, Eurocan shut down, forcing over 700 employees to find new jobs. But it was this turn of events that brought the Pilgrim family to Fort McMurray. Five years after their move, Candice gave birth to Cade at the Northern Lights Regional Health Centre on July 15, 2015. His disabilities weren’t apparent from the start.

“Chiari Malformation isn’t visible without an MRI, so when we finally got the scan, the rest kind of fell into place. Unfortunately, that wasn’t the end of it as we are still learning about his ailments, making sure he has the most qualified team in his corner. We researched schools, and I continue to read many books. He has an amazing team of specialists now at his school (St Kateri) for which we are most thankful,” Candice explained.

“The most valuable lessons we have all learned, Aidan and Dax included, are those through having a child with a disability. As I said, it changes perspectives. Aidan will be frustrated that he has to complete yet another early morning swim practice but sometimes what gets him out the door is knowing that his baby brother may not have opportunities to do what he does.” 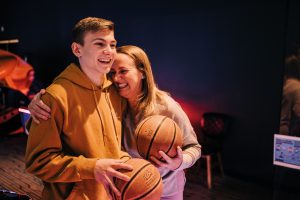 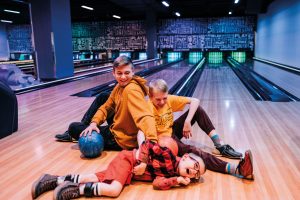 Photo caption: The Pilgrim Family – Scott and Candice with their sons, Aidan, Dax and Cade enjoyed an exclusive photoshoot at The Alley YMM with local photographer Thomas Hopkins.