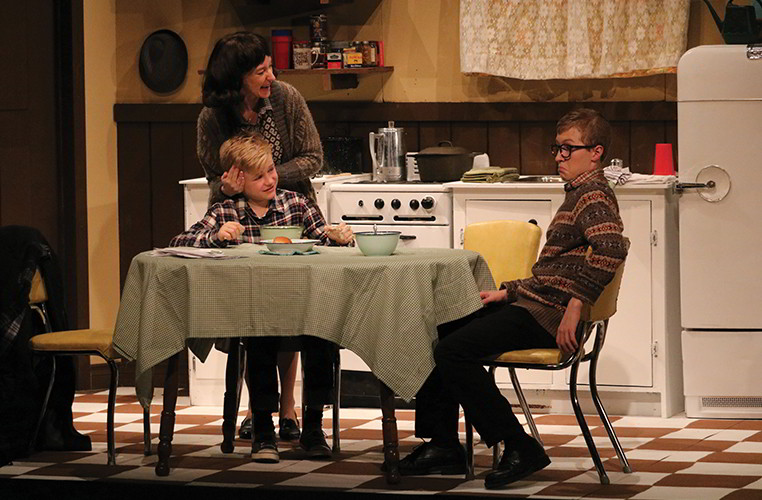 Theatre Family – When life’s a stage, everyone plays a part

Families can come in all shapes and sizes. Some families consist of two parents, three kids, and a dog or a cat. Some may consist of two adults with no kids, but a variety of four-legged fur babies that need their 7 a.m. Kibbles & Bits. 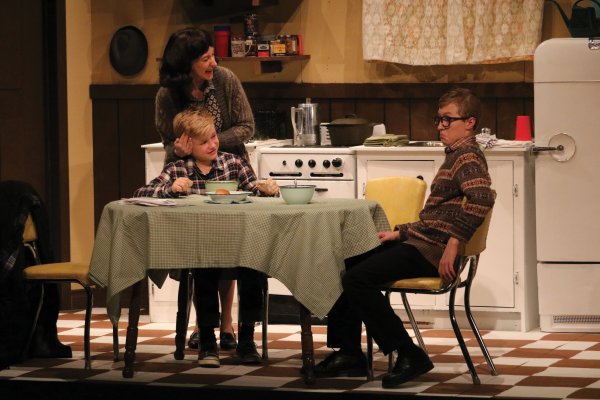 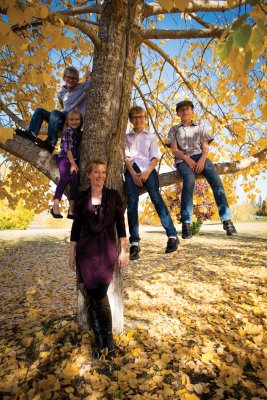 Others may consist of one parent, one kid, and a lovely group of friends next door that share the holidays together. Ultimately, a family is a collection of individuals bound to one another by a mixed sense of love and duty.

The members of the Fort McMurray theatre community exemplify the virtues of a family. In order for the ‘family’ to function as a cohesive unit, there must be a foundation of trust, patience, and compassion.

There needs to be trust between all company members because everyone is counting on one another to be there on time and to do the work. To support this trust, their needs to be patience – a major part of theatre work is repetition, and sometimes the work can be draining on energy. However, as energy depletes, patience for your fellow company members must remain steadfast.

Finally, underlying all other virtues of the company must be a sense of compassion. Compassion not only fuels a healthy and positive working relationship, but it also breathes joy into the work you are creating together… it is called a play after all.

While the power of theatre-building can build life lasting bonds between strangers-turned-friends – what does it do for people who are literally members of the same family?

For the case of the Reed family, there is a major overlap between the family at home, and the family found at the theatre.

Sheri Reed is a widowed mother of four children, Bryan, Jared, Andrew, and Katelyn. Sheri is originally from Fruitvale, British Columbia, and moved to Fort McMurray, Alberta to accept a teaching job. Since then, Sheri and her family have been warmly welcomed by the community. Following the death of her husband, Sheri reflected upon the generosity of those who were there to support her and her family during their time of need.

She wanted to give back.

Sheri had recalled being encouraged to audition for Keyano Theatre productions in the past. She was interested; however, it was difficult to balance the scheduling while looking after her children. Driven by a desire to invest back in the community that supported her family, Sheri came up with a plan: she brought the entire family to the audition.

Following the first audition, the eldest child, Bryan, made the cut – he was cast as Tiny Tim in Keyano Theatre Company’s 2014 production of A Christmas Carol. This first big break for the Reed family was far from the last. The Reed crew (in several variations) has made appearances in A Christmas Carol (2017), The Drowsy Chaperone (2018), A Christmas Story (2019), and most recently, Mamma Mia (2019).

“Being in a production with my children is both a rewarding blessing and a lot of work and organization,” said Sheri. “We each get to see a side of each other that we do not always see in our roles outside. I am not just a teacher and mom, but Sheri, and the same goes for Bryan.  When the boys are in a show together, they get to be on the same level and can have something in common that they can discuss without brotherly squabbles.”

However, working with your family in the room is not without its challenges.

“One struggle I have is to let go of the mom hat when at the theater and let my children succeed and fail on their own merits,” said Sheri. “I cannot be prompting them to do their part in the production so I have to step back and let the director and stage manager direct them and discipline them without getting all mamma bear. I have to admit I do puff up with extreme pride when they do extremely well… they must get it from me.”

Sheri is not the main driving factor for the family to audition – the Reed boys have been bitten by the acting bug.

Between participating in Keyano Theatre’s Drama Force program during the summer and Theatre; Just Because’s Youth Play Production, the Reed boys are quickly accumulating a lengthy resume of accomplishments that can easily match their adult counterparts.

Recently, the Reed boys all participated in Theatre; Just Because’s High School Horror Story presented by the Suncor Energy Centre for the Performing Arts. Between juggling schedules around school, cadets, basketball, archery, and not to mention OTHER theatre productions, the Reed boys all made an effort to deliver their best work in the room and build upon their skills as theatre artists.

What about little Katelyn? Time will tell if she joins in on the theatre fun with her mother and older brothers but given her love for being in the room watching her family work and play, it is doubtful it will be long before she’s standing in the spotlight – in fact, she’s already had a paid gig appearing in a commercial.

“The Theatre Family has been a wonderful place for my family to gain knowledge and experience in the theatrical production of art, but it has also been a place to experience life and extend our own family with new friends and what we now consider family, too.”