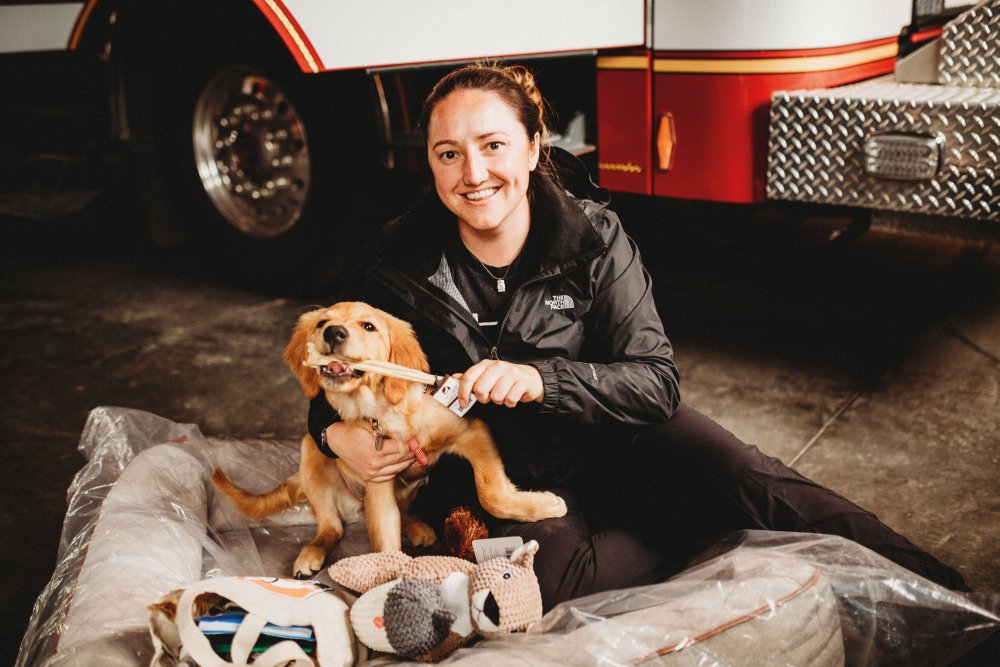 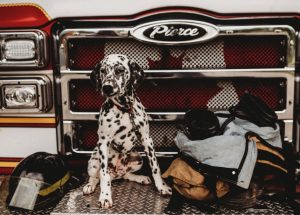 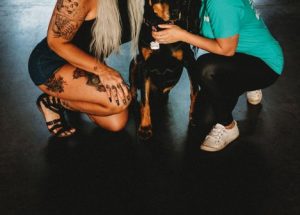 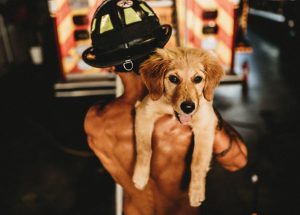 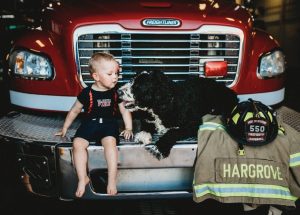 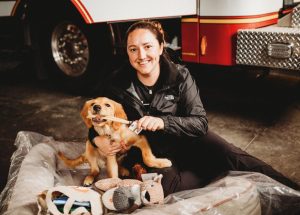 When the Fort McMurray Firefighters Charities Association held a pet model cover contest to help with their 2021 fundraising calendar, they received an outpour in community response.

The prize included a front cover photoshoot for the 2021 Fort McMurray Firefighter Department (FMFD) Calendar and a gift basket from Northern Pet Emporium.

After the photoshoot, Kay donated the gift basket to the FMSPCA and shared she will be donating $2 for every calendar sold to the shelter on her Facebook page.

The contest announcement came in July 2020 after the Association’s calendar organizers needed to find co-models for the Fort McMurray firefighters. In the past, the Association brought in the FMSPCA shelter animals to take part, but as Emily Palmer explains, this year, things had to be done differently.

“This year, more than ever, I felt like we needed to reach out to the community to bring far more awareness to where the proceeds from this calendar are going,” said Palmer, the official photographer for the FMFD’s fundraising calendar and owner of Emily Gale Photography.

“In the past, we’ve used animals from the SPCA but given some of the conditions these poor, sweet souls were in when brought to the SPCA, we felt it was a bit overwhelming for them. Knowing that we wanted to include animals, and since the community is always helping out, we went this route instead.”

FMSPCA Executive Director Selena MacIsaac further explains how shelter animals experience a lot of unfamiliarities when they first come in, and the staff try to make the environment safe by limiting the stress on them.

“When an animal comes to the SPCA, there are many new and unknowns with the environment like unknown smells, other animals and kenneling,” MacIsaac said. “This creates stress for the animals, so we try our best to lower the stress levels for all of them. The animal’s welfare and wellbeing are our top priorities.”

The FMSPCA is one of the five charities the Association provides funding to from the proceeds of its ongoing initiatives. Other local social profits it helps support include the Centre of Hope, the Fort McMurray Boys and Girls Club, the Wood Buffalo Food Bank Association and Waypoints.

In the last ten years, the Association has raised over $750,000 to the same five charities as Scott Germain, Association Chair and Fort McMurray firefighter, said they all “contribute to multiple cross-sections of community needs.”

MacIsaac said funding from the Association is “extremely beneficial to the shelter” because it helps them cover operating costs to support their staff and provide necessary items for the shelter animals like food, water and medication.

“The average animal costs $1,300 while in the shelter, and the adoption fees don’t cover this, so the donations are what help us fill these gaps,” she said.

As for the FMFD’s 2021 Calendar, it includes 13 FMFD members and 18 animals throughout its pages. The calendar went on sale in September 2020 and can be purchased online for $25. The online shopping link can be found on the Fort McMurray Firefighters Charities Association Facebook page.

Germain gave thanks to his fellow firefighters for all their support with the production’s success and credited Palmer and Lindsay Edwards of Dark & Devious Sunless Tanning Studio for their volunteer efforts in putting the calendar together each year.

“Emily and Lindsay help coordinate the photoshoot. For the last couple of years, they decided to incorporate animals with the firefighters to support the cause,” he said. “We didn’t expect the pet contest to blow up as it had, and it also brought in a lot of awareness to us as an association. The post on our page about it was the most engaged one we have ever had, and this will also benefit us in the future when we are raising awareness and funding for the organizations we support.”

Fuel Up! Quick, breezy and nutritious at home snack recipes