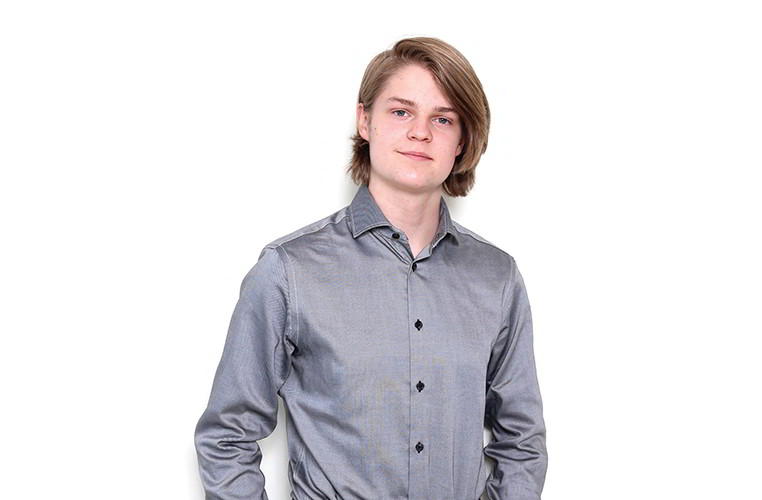 Future Goal: To obtain a career in biochemical engineering

“I think it’s important that everyone is their own individual and they get support for who they are and what they believe in. That is advocacy to me.” — Calder Fadden

Born and raised in Fort McMurray, Calder Fadden has made memories in this community he calls home for over 17 years. He is highly engaged in his academics, sports, extra-curricular, and strives to make a difference in this world.

With Calder’s dynamic personality, he is involved in the theatre program. He’s also a member of Band and Choir, and a music leadership group at his high school. He is a multi-instrumentalist who enjoys playing the Alto, Tenor, and Soprano saxophone, guitar, ukulele and piano.

His talent recently honoured him with a selection to play at the 2018 Alberta Wind Symphony.

Parallel to his involvement in the arts, Calder is involved in athletics – both in and out of school.

Since age 10, he has curled and now has his own Fort McMurray Oilsands Curling Club competitive curling team. In school, Calder participates and plays in the crossing-country running and volleyball team. He is also an active member of many school clubs like Math leadership and Green initiative.

Calder is the co-leader, director, and editor of “The Green Initiative,” film which won the coveted “Wood Buffalo Spirit Award” at the 2018 Fort McMurray International Film Festival. Along with winning many “Best 48 Hour Film” awards in the previous years for creating films such as a fictional blocumentary about the rebuilding of Fort McMurray after the 2016 Wildfire.