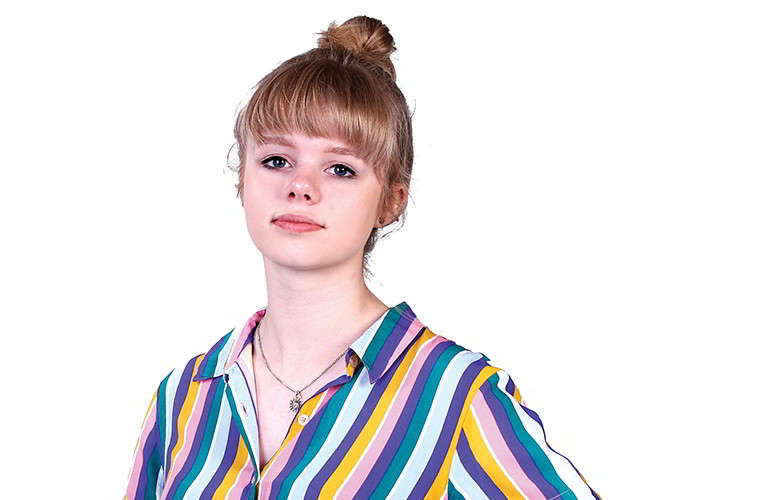 Future Goal: To be an anatomic pathologist

“It’s kind of a boring life if you don’t have any sources of entertainment and having people who are passionate about bringing cool stories and awesome music to others is beneficial to a community’s health.” — Alexis House

Alexis House is passionate about music and contributes to her school’s Concert Band by her mastery of the French Horn.

She has attended MusiCamp Alberta, which is a prestigious summer music program. The musician has also performed in many illustrious music showcases; including Northern Alberta Junior Honour Band 2018, and the Alberta Wind Symphony 2018 (which only 60 students across Alberta get accepted into).

Alexis also shares her knowledge with others. As a volunteer music instructor, she teaches brass players how to play in band clinics. Her numerous contributions to concert band have earned her the Ecole McTavish Brass Excellence Award in 2018.

Alexis is not only accomplished in instrumental music but also musical theatre. She has gotten lead roles in two school productions and worked as a backstage crew member for another. Her passion for the arts is fueled by her three years as a competitive dancer through Generation Dance Academy.

Alexis’s dedication stretches to the literary arts as well. She has attended YouthWrite, a writing summer camp, because of her interest in creative writing.

As a ski instructor at Vista Ridge, Alexis has further improved the lives of youth by teaching them how to ski. Additionally, she was also a nominee for the Aboriginal Honour Spirit Award.