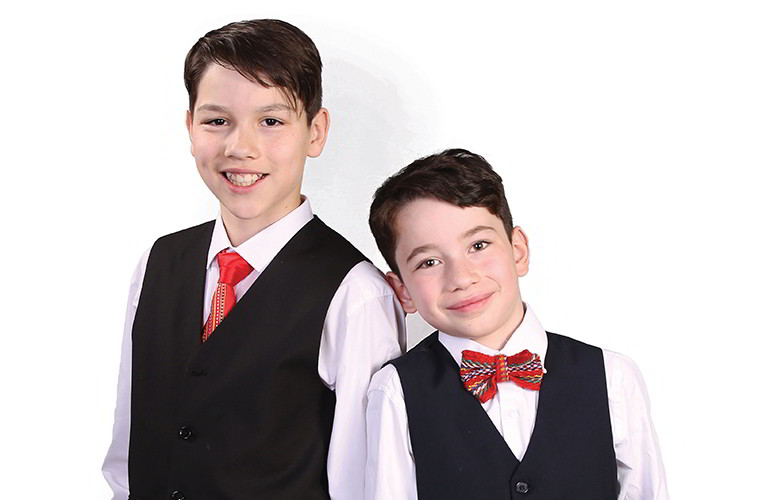 Future Goal: To be a sporting goods store owner or a tradesman

“What I love most about playing hockey is passing the puck and playing and seeing all my friends.” — Cruze Flett

Future Goal: To be a mechanic or engineer

“We knew that we were going to help a lot of people in two ways by health care and for kids to start playing hockey and to have proper gear to play safe.” — Parker Flett

The ‘Fort Mac Hockey Bros’ are a dynamic brother duo of Parker and Cruze Flett that has left many of us amazed and inspired in their efforts of helping youth that reside in outlying Wood Buffalo communities.

Most of their memories together are from the hockey rink since they learned how to skate. For them, the thought of a fellow hockey lover without equipment sparked these brothers.

The two boys came up with the idea of starting a campaign and collecting donations of hockey gear and protective equipment of all sizes.

With the collected items, they passed them to young hockey players in remote areas so they could have access to the proper equipment and play their chosen sport. The donations they received supported hockey players in Fort Chip, Janvier and Conklin.

The Brothers had an entry of a tree in our local Northern Lights Health Foundation (NLHF) fundraiser, Festival of Trees and the winning bidder of the tree would have the experience of donating the hockey gear with them to the outlying communities.

“I enjoyed seeing all the donations of hockey gear being given out to the kids, and the auction for the tree at the Christmas party was fun because we raised so much money for the hospital and everyone was so excited to help,” said Cruze.

During the NLHF fundraiser, the boys’ tree was a smashing hit raising $100,000 for the Foundation and an extra amount of money for gear from attendees pledging donations that night.

“What I liked most about taking part in the Festival of Trees was when the bidding was going up and up because we knew we were going to help a lot of people in two ways, by health care and for kids to start playing hockey,” said Parker.

The initiative was started by The Hockey Bros launching a fundraising page on Facebook. They sent requests out to the community and teammates to help fill their box with donations. They took time out of their busy hockey schedules to do interviews on the radio and pickups of gear around town. During this time, dozens of individuals and community businesses came together to support the Hockey Bros’ efforts.

They kicked-off their campaign by spending a bit of their birthday money in hopes people would follow suit – and they did! The Fort Mac Hockey bros were able to change the childhood experience of many children through their efforts.