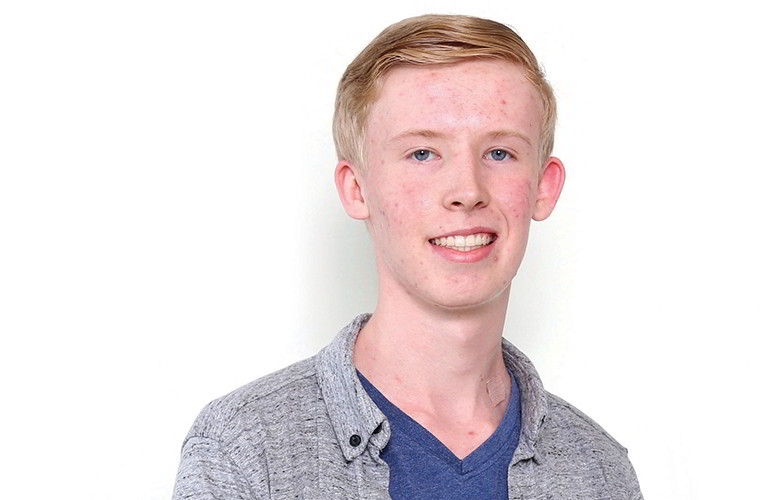 Future Goal: To study engineering and work in the field of emerging energy technologies

“Our community has a really great tightly-knit feel. It’s so interesting how we have such a diversity of people represented in Wood Buffalo. I just think it’s great because it really opens your eyes to new perspectives.” — Jeremy Christopherson

He is a part of Minister David Eggen’s Youth Advisory Council. Out of more than 300 applicants, Jeremy was accepted and has been on this council for two years so far.

“Something that stuck with me from the Education Minister’s Council was the people. It’s great to be with so many different students from across the province who have such a wide range of perspectives,” he said.

“There are students from every corner of the province, and it’s great to see how despite being from different areas we all saw similar challenges within education and then we would collectively work together to address these challenges.”

He’s also enrolled in Advanced Placement courses. His classmates say he is always willing to help and never brags about his grades – even when he consistently gets above 95 percent.

The Westwood Green Initiative (GI) is another group Jeremy is an active member. He joined in Grade 11 and has done many projects within GI. Some of the initiatives Jeremy has contributed to are the Aquaponics Project, the 3-D Printing Project, and the Samsung Solve for Tomorrow contest, which the GI team won a $20,000 grant.

“Whenever there is a challenge faced in GI – or just anything, you have to identify the challenge. Think about the origin or background like: ‘Why is the challenge occurring?’ Then you have to address it in a very methodical and organized way,” he explained.

Another group Jeremy is involved in is the FMPSD Debate Team and said he really enjoys debating and public speaking.

“I think it’s a great skill to be able to express what you want to say and articulate your opinion. So, that’s something I’ve been a part of for a few years. It’s a valuable skill that translates to a lot of different areas,” he said.