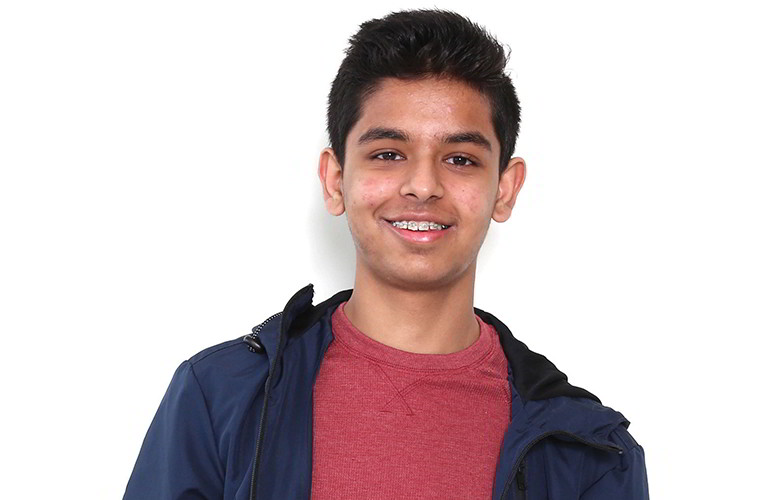 Future Goal: To obtain a career in biomedical engineering

Lokesh Patel is an active member of MACOY, EcoYOLO, VEX Robotics, Green Initiative and is currently the Executive Director of Youth Computing.

Following the 2016 Wildfire, Lokesh instilled a burning passion for the community and wanted to help any way possible.

Today, he works alongside EcoYOLO and strives to make an environmental change.

After witnessing the destruction and burnt trees from the Wildfire, Lokesh realized something – the forest needed help.

EcoYOLO focuses on replanting trees in the areas greatly affected by the wildfire including, Saprae Creek and Gregoire Provincial Park. In 2018, the Alberta Emerald Foundation awarded EcoYOLO the Alberta Emerald Award in the Youth Category for their efforts.

Lokesh also won the Behavioural Science Award at the Regional Science Fair and received $900 for carrying out the watershed competition.

“Through presenting to a panel of judges, I was able to gain leadership and public speaking skills. These skills have helped me evolve as a person,” he said.

Outside of school, Lokesh is also a member of a non-profit organization called Youth Computing. Lokesh’s commitment to the organization has been a big part of this life.

“I’m building a transit app and also a virtual tour app for Keyano College. Because of my level of coding, I was able to help build these apps,” Lokesh explained.

“One thing I’ve always wanted to do is combine my passion and help my community using that.”

The President of Keyano College also reached out Lokesh and through his position with Youth Computing to see if they were willing to build an app for them.