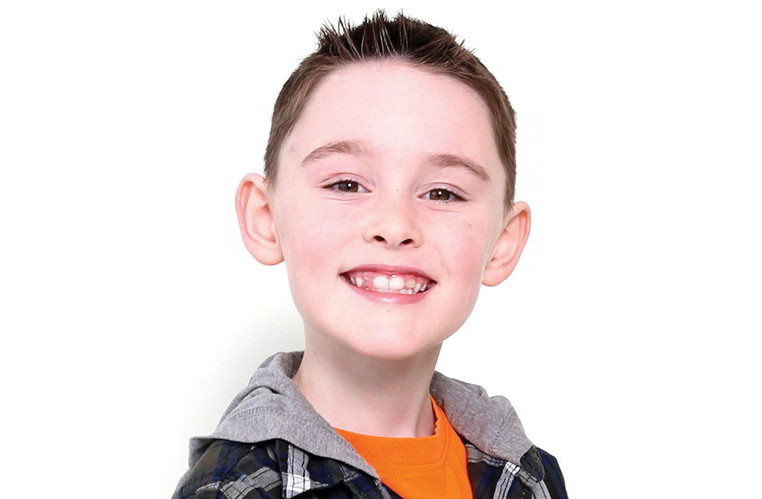 Future Goal: To become a doctor

“If I won a million dollars, I would keep $100 and give the rest to the homeless” — Michael Bridgeman

About a year ago, Michael Bridgeman complained to his mother about not having as many toys as his friend. She explained how there are people who have fewer toys than him; some don’t even have a home to live.

“I told him how there were people that have less than him. I told him about people in this town, and then even more internationally who don’t even have clean drinking water. Getting a well built was the first goal he had,” said Michael’s mother, Michelle.

That conversation inspired Michael to ask: “How can we help the homeless in our town?”

From there, his passion for art fueled Michael’s Hope initiative. At the age of six, Michael started drawing ‘H-People’ because H stands for ‘Hope’ as Michael put it.

Then his drawing got printed onto pins, which he sold for five dollars each.

Next on Michael’s list of giving back is to build wells to help people who don’t have access to safe drinking water.

He held a pancake fundraiser in April 2019 at his school and raised $315, which will go into the initiative to build a well in Cambodia.

In the future, Michael wants to be a doctor.

“I want to be a doctor when I grow up because I want to help people.”

As for now, he enjoys doing regular seven-year-old activities like creating art, going camping and playing Roblox and Minecraft.