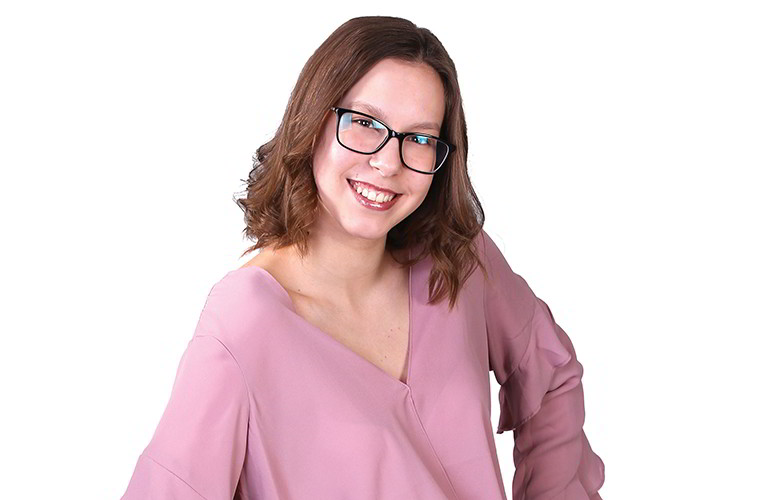 Future Goal: To be a lawyer

“I feel very humbled to have this experience. It’s great that Fort McMurray has programs that recognize and reward youth for their work in the community.” — Naomi Slee

Naomi’s is a prodigy swimmer. Her coach has confidently stated that she has the potential to become an Olympic athlete one day.

Naomi is part of the Fort McMurray Mantas Swim Club, and a fraction of her swimming-related achievements is how she has been a three-time finalist at Swim Canada Junior Championships, won fourth at the Western Canadian Championships, and won six gold medals at the Northern Alberta Swimming Provincials in just 2017.

A month following her big grab at the Provincials, she received the news of being selected to represent Team Alberta at the 2019 Western Canada Summer Games, which take place in Swift Current, Saskatchewan in August.

Along with being an adept swimmer, Naomi is also a champion runner for track and field.

She has won the École McTavish MVP award for track and field. The following year, she took home the MVP for cross-country. She also received the MIP award from her school. Additionally, she has won second place overall in the city for cross-country running.

Naomi is also a vegan and shares why she enjoys plant-based meals.

“I think eating plant-based food is just the right thing for me to do. It’s better for my body and environment,” she said. “Eating whole foods for sure feels better. Eating plants, rather than eating animal products, makes me feel like I am doing better for myself, and the planet.”