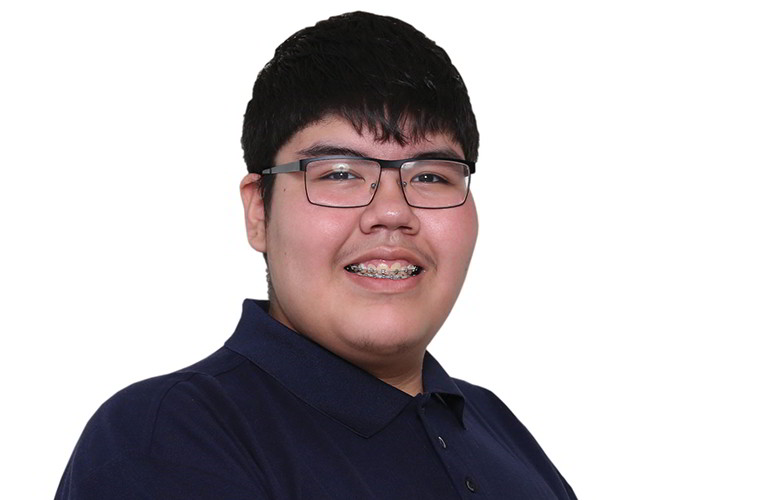 Future Goal: To be an environmental scientist

“Being an Aboriginal, it is one of my values to protect the land and that’s one of the reasons I got involved in the environmental career path.” — Samuel Metacat-Yah

Samuel Metacat-Yah is on-the-go continuously. His work in the community is tremendous as he devotes himself to giving back, whenever. And however, he can.

His active role in the community and involvement in several extracurriculars makes him thrive and highly engaged.

One of the things that Samuel focuses on is giving back and engaging with the community. He is a part of the First Nations Metis Inuit Student Advisory Council.

Samuel works hard on having a voice in helping preserve indigenous culture, traditions and history by participating in this group.

“It allows to integrate First Nations culture into our district and our schools.”

He also added the Council welcomes other cultures because preserving diversity is essential. Samuel thinks outside the box as he looks to help other cultures besides his and is actively engaged in this type of work.

“Fort McMurray, as a whole, is just a great representation of Canada because Canada is a diverse, pluralistic society and Fort McMurray has all these cultures in it,” he said.

Samuel is currently engaged in a pilot program with CAREERS: Next Generation (Indigenous Mentorship Pilot Program), where his experiences in career path skills are necessary.

He has chosen the focus of environmental studies where he looks to pursue a career in this field of study.

When asked what drove him to this aspect, he mentioned that getting involved allowed him to look after the environment with all that’s going on in the oil sands and enabled him to protect one of his traditional values – to protect the environment.

On May 11, 2019, Samuel was awarded the Honouring Spirit: Indigenous Student Awards from the Alberta School Boards Association. He received the award for modelling strength and commitment to his educational paths.