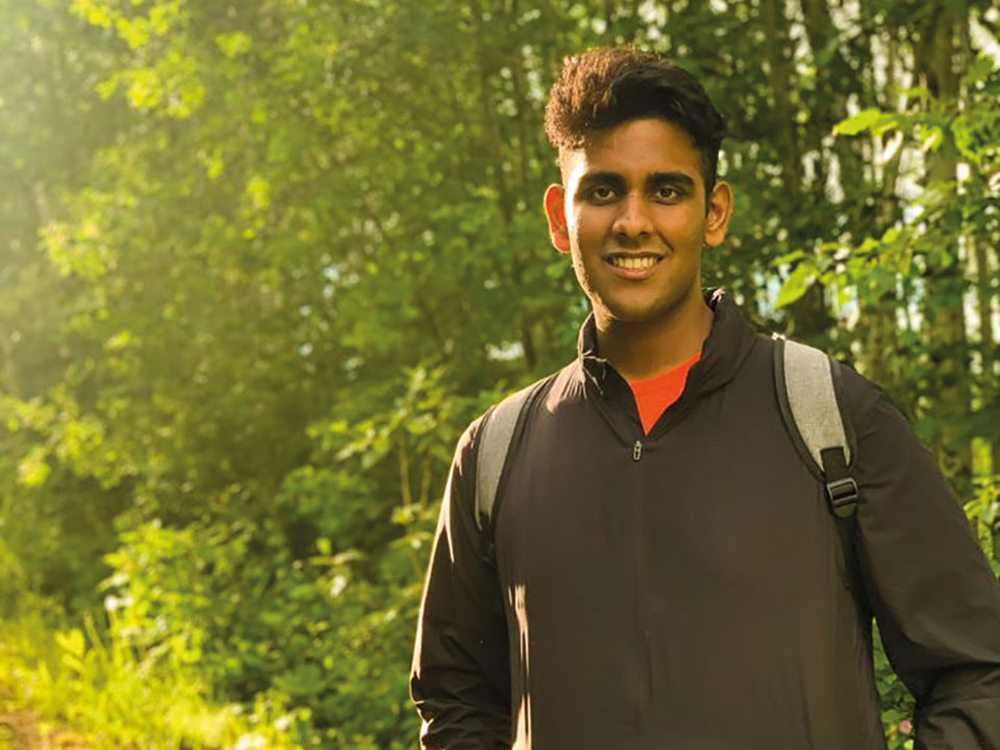 Age: 17
School: First-year student at the University of Alberta; Westwood Community High School graduate for Class of 2020
Future Goal: To obtain a bachelor of science with an honours in neuroscience

Aditya Ayri is a recent graduate of Westwood Community High School, who was heavily involved in academics and extracurriculars at his school and organizations in the community.

In high school, Aditya was a part of the Math Leadership Peer Tutoring program, which he led by assisting students from Grades 7 to 12. In the 2019/2020 school year, the program expanded to elementary schools as well, and younger students had a chance to be mentored by high school math tutors.

Aditya was also part of two other organizations at his school, including Students Against Drunk Driving and the Principal’s Advisory Council. Through these programs, Aditya aimed to help enhance school spirit by organizing programs and events around his school.

He also has a love for the arts and plays the piano and has participated in the Oilsands Rotary Music Festival for many years.

In the community, Aditya sat on the Board of Directors for local non-profit Youth Computing. Through his involvement in the computer science group, Aditya promoted STEM (Science Technology Engineering and Math) education among youth. Furthermore, Aditya has also represented Wood Buffalo nationwide in the Science Fair competition, twice.

When asked about his role models, Aditya said he looks up to Bill Gates.

“He  is one of my role models. I am a big fan of his work ethic and how much he has done for the world. I like his character because he is spontaneous,” he said.

“To solve a global issue, he called the richest people in the United States to his home for dinner, to offer a partnership in moving forward. Gates also says he never starts a book if he knows he is not going to finish it. I really liked this habit of his–as for me, I like to do a lot of things at once.”

In September 2020, Aditya began his path into higher education and is currently pursuing a Bachelor of Science with honours in neuroscience at the University of Alberta and would like to obtain a career in research.

“I never thought of myself as a leader, but I was always a listener. By listening, I was able to gain more knowledge without even realizing it.”

Where Are They Now? Spotlight on MACOY’s Alum Ved Varshney