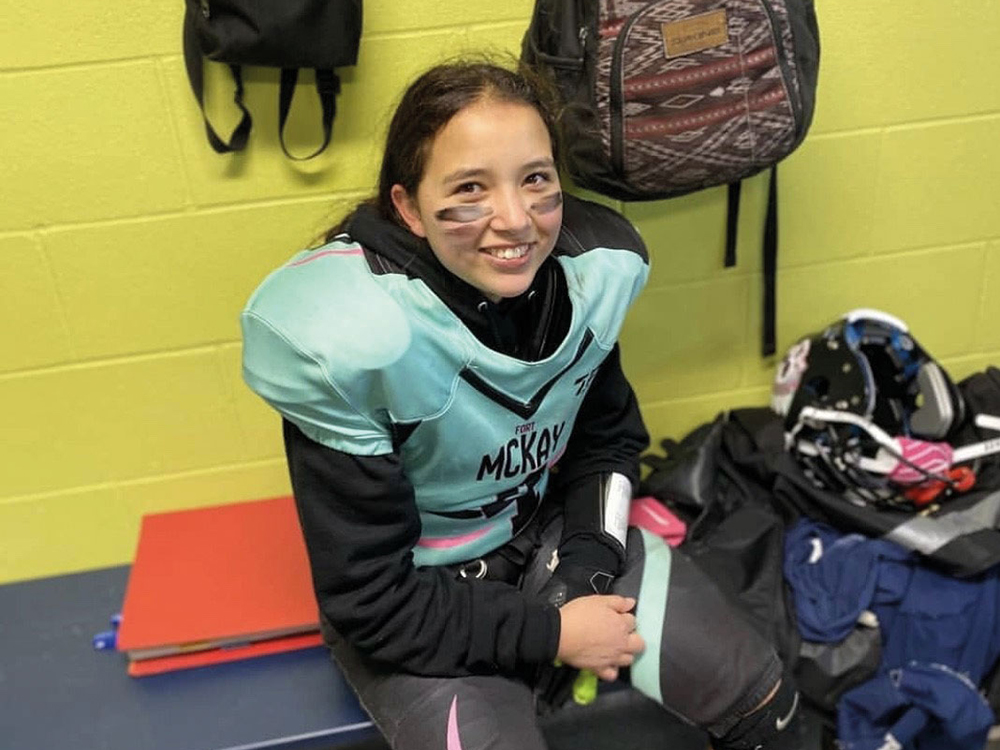 When Alicia Gladue joined Fort McKay’s Bantam Football team, the Northern Spirits, she did not intend to become team captain. In fact, she didn’t even intend to get on the field.

Alicia started with the team in its inaugural season as the team photographer. During the first game, multiple players suffered injuries, and the Northern Spirits faced the reality that they may have to forfeit. That’s when Alicia stepped in.

“We were getting short on players fast. We had a bunch of injuries this game, and there weren’t enough people on the field,” she explained on the circumstances that led to her playing on the field.

With no football experience, she took to the field.

“I just got out there and did the best I could. And, I honestly really enjoyed it.  After that, I dropped my role as photographer and became a full-time player for the Northern Spirits.”

Now as the team captain, Alicia would encourage anyone to not be afraid of trying new things.

In addition to being the captain of the Northern Spirits, Alicia is a dedicated member of the Fort McKay Youth Council.

“Our main purpose is to create a better and healthier community for now and for the future. We want to be good role models for the younger generations, and we want to pave the road for them.”