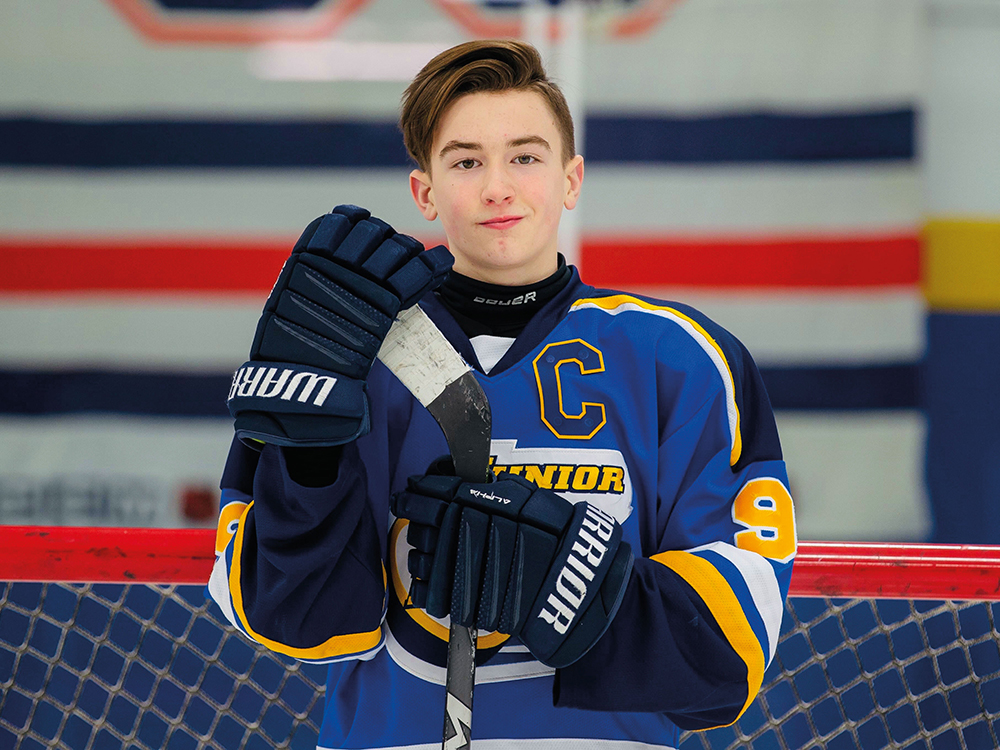 To say, Brendan McFatridge has accomplished a lot at the young age of 14 is an understatement, as he has multi-levels of accolades.

Brendan is an all-star athlete. He started off playing with the Fort McMurray Junior Oil Baron’s Peewee Team, moving through the ranks from assistant captain to the captain of the team for the 2018/2019 season. Brendan’s leadership skills came through for the team when they went from eighth in the league to finishing second in the playoffs.

In 2019, Brendan was billeting to play with the Fort Saskatchewan Bantam AAA Rangers, as Fort McMurray only offers an AA division for its highest hockey level for junior athletes.

Sadly, he succumbed to a wrist injury that took him off the ice for the first half of the season. It affected his ability to participate in arts, academics, and athletics to the fullest extent.

However, determined, Brendan still attempted to do everything he could to help his team out, ranging from filling water bottles to carrying any team equipment his team needed. His driving force to stay motivated was solely by being with his team and still being able to maintain that bond.

In education, he has finished the last three school years with Honours with Distinction and in 2019 was awarded the Catholic Board of Education award for scoring 100 percent on his Provincial Achievement test. His ultimate education goal to study medicine.

“My favourite subject is science because I love learning about what’s around me, and I want my future career to be somewhere in the medical field,” he shared.

Brendan also helps his peers out when it comes to academics by participating in the informal Homework Clubs. He even amassed a passion for the arts and won the Fine Arts Award in Grade 7.

As a volunteer, Brendan helped raise funds for the Backpacks for Homeless campaign, which successfully donated over 250 sleeping to the homeless population.  His fundraising efforts resulted in just over $21,000 in cash and gift-in-kind donations for that 2018 campaign.

He has also been nominated to be a part of the ATCO 2019 Alberta Winter Games as a torch runner for the torch relay and participated in the Games’ VIP Reception event, presenting on the history of ice sports in Fort McMurray.

With full dedication put towards all the academics, arts, and athletics, it can be hard to manage it all, but Brendan finds solutions.

“I like to keep an organized schedule and complete the activities that I’m confident in, first, to relieve the stress off of the others,” he said.