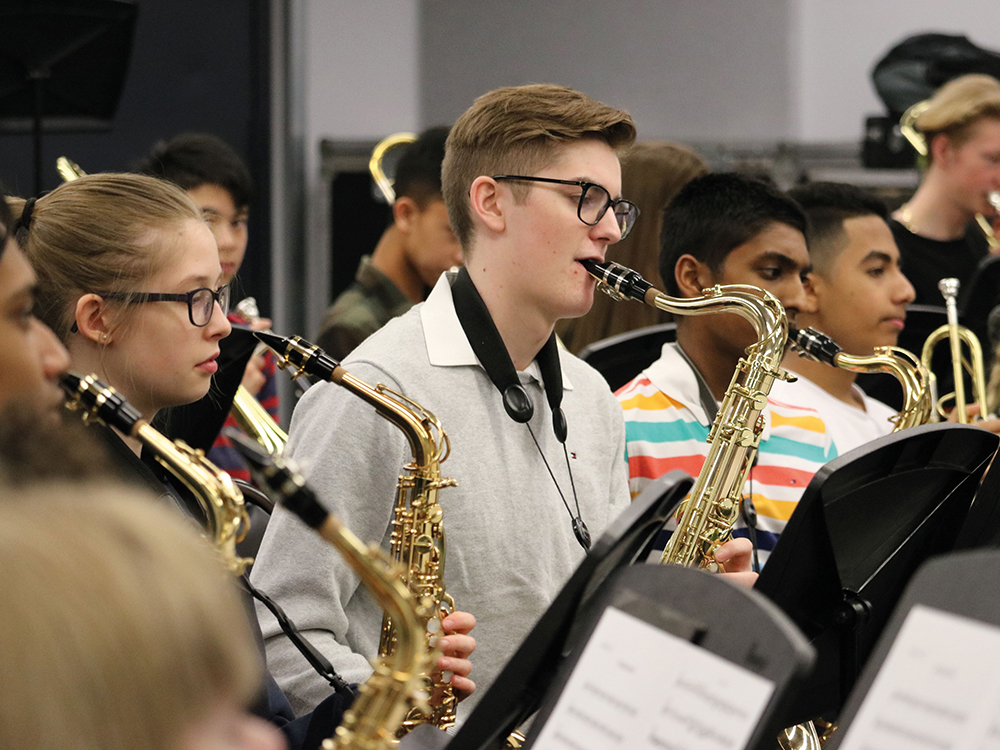 Coburn Fadden is a dynamic individual, who is highly involved in his academics, extracurriculars, and of course, the community. During the pandemic, Coburn shared he kept in shape, enjoyed the outdoors, tried new hobbies and sang. Today, the honour student is currently in his final year at École McTavish Public High School.

Coburn is heavily involved in the fine arts program at his high school and has received awards within the department, including the Senior High Vocalist of the Year award.

He’s involved in concert and jazz band, playing three instruments, the tenor saxophone, bass guitar, and piano, confidently. With school, he has travelled to major cities like New York, Ottawa and Montreal to perform in concert bands and sing in show choir.

He has been part of the theatre program since Grade 7 as a performer and helping out with backstage and lighting. Coburn has also performed in the community with the Oil Royals premier drag group and became the YMM Pride Youth Representative.

“For me, performing is an expression and I can be confident in a safe space,” he said. “To be someone that’s not me is so fun to experience.”

Parallel to his involvement in the arts, Coburn is an athlete in and out of school. He has curled since 2013. He is also currently a member of the Fort McMurray Oilsands Curling Club.

At school, his team placed in zones and won gold at the high school provincial tournament for 2018-2019, giving École McTavish its first provincial banner. Coburn also plays on the school’s volleyball and curling team. He received the Most Outstanding Player award, Fort McMurray-wide, in curling.

Countless peers and mentors consider Coburn to be a role model for others. He said he strives to be a positive influence on others by leading by example.

“If you put in the right effort and have the right positive mindset and you don’t give up on yourself, then you can do whatever and however much you want,” he said.

For a future career, Coburn aspires to become a teacher and continue to influence others positively.

“I’ve had teachers that have influenced my life so drastically and in such a positive way. They helped me through so much. I want to be that for someone else,” he said.

“If you put in the right effort and have the right positive mindset and don’t give up on yourself, then you can do whatever and however much you want.