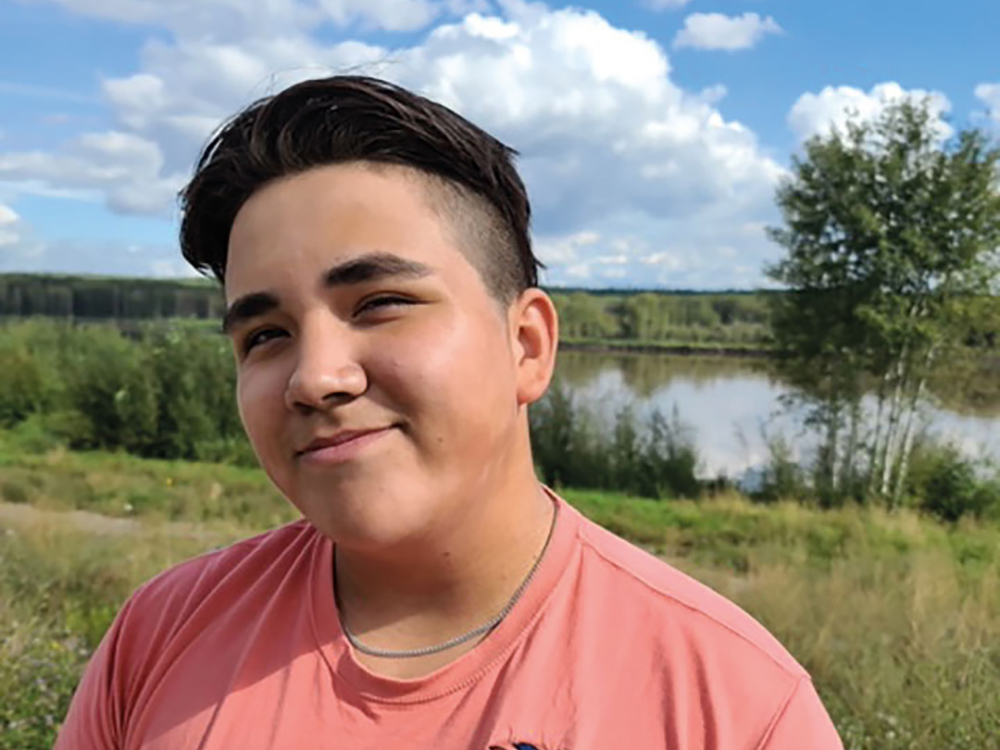 Colt Gladue joined the inaugural Fort McKay Youth Council as their youngest member at only 13-years-old. Now, at 16, he’s the president and a role model to his peers.

Colt introduced an ‘alcohol/drug/tobacco/tobacco-product free’ policy for the Council with hopes it would encourage the group to influence their peers and the generations who follow.

“Kids my age can sometimes be followers, and if there aren’t strong role models or influences surrounding them, it is easy for kids to go down the wrong path,” said Colt. “We get to be that group of youth who set a good example and lead by that example.”

He further demonstrates leadership in football as the team captain for the Northern Spirits Football Team, and he also received the ‘Team Heart’ award for his actions, both on and off the field. And, he started an after-school weightlifting group for students who were nervous about going to the gym alone.

He takes leading by example in many forms but most prominently entrepreneurship. He owns and operates BleachedDoggy, an apparel company that sells one of a kind garments tie-dyed with bleach.

“Depending on the colour and the material of the fabric, it all reacts in different ways and creates all these different and vibrant colours, which makes every article of clothing unique and authentic,” Colt described. “There will never be another clothing article that is just like it!”

Colt founded BleachedDoggy when he was 14-years-old and had no prior experience or training as a business owner. He learned the ins and outs of business hands-on with the company. Since then, he’s taken a business class through his high school.

“One of the biggest things I learned was how to manage money. Every dollar counts,” he said.

To other young people interested in launching businesses, Colt has one major piece of advice.

“Do your research first!” He recommends taking the time to study business first. “Put in the effort and know the risk and the pros and cons. Invest time before you invest money. Read books about business, take business classes, and listen to business podcasts. If that’s the field that you want to get into, put the effort in!”

“Kids my age can sometimes be followers, and if there aren’t strong role models or influences surrounding them, it is easy for kids to go down the wrong path. We get to be that group of youth who set a good example and lead by that example.”