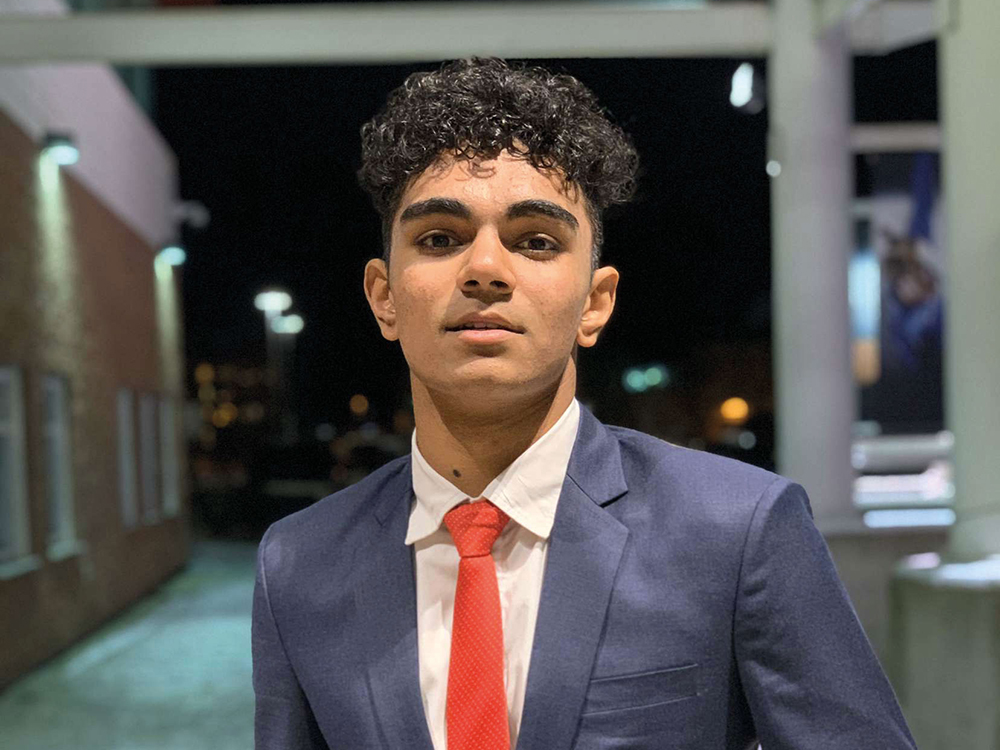 Age: 17
School: École McTavish Public High School Graduate for the Class of 2020
Future Goal: To enter the business world and work with numbers

An athlete across various courts, an Honours with Distinction student and an active volunteer, Krutik Patel spent his high school life at École McTavish Public High School achieving many accolades.

Playing on the varsity teams for volleyball, badminton, track and field, and soccer earned him numerous awards, which include Badminton Most Valuable Player, Volleyball Most Improved Player, Volleyball Sportsmanship Award, Fort McMurray Cricket Club Junior Player of the Year, and École McTavish Student Athlete of the Year.

Krutik has not only represented his school as an athlete, but he has also represented The Regional Municipality of Wood Buffalo provincially and nationally in the world of Cricket.

He was the youngest athlete to be selected for Team Alberta’s Under 19 Roster and one of the only athletes to play from Fort McMurray. He also received the Best Batsman award at Cricket Provincials. As an active team captain, Krutik aspires to mentor upcoming athletes and share his passion for sports.

Krutik is also a dynamic volunteer in the community and shared how he’s grown to love the city he grew up in.

“I wasn’t a fan of Fort Mac when I first moved here but this town grows on you like no other,” he said. “We don’t find the sense of connection and selflessness that Fort Mac has in any other town and I’m proud to live here.”

He was a member of the Fort McMurray Public School Division’s Youth Advisory Council and an instructor through the RMWB EnvironMENTORS Program where he spread awareness about climate change by teaching Grade 4 students about the environment.

He was also part of the Junior Achievement Social Entrepreneurship Group where his successful business donated a portion of their profit to the Canadian Mental Health Association. Krutik also volunteers at the Fort McMurray Gujarati Cultural Society and takes pride in his Gujarati Indian culture.

Aside from making amazing strides in the community, Krutik maintains a phenomenal academic record; the student has received the Honours with Distinction Award from Grades 7-11.

In the future, Krutik would like to enter the business world and enhance his passion for working with numbers and money.

“We don’t find the sense of connection and selflessness that Fort Mac has in any other town and I’m proud to live here.”