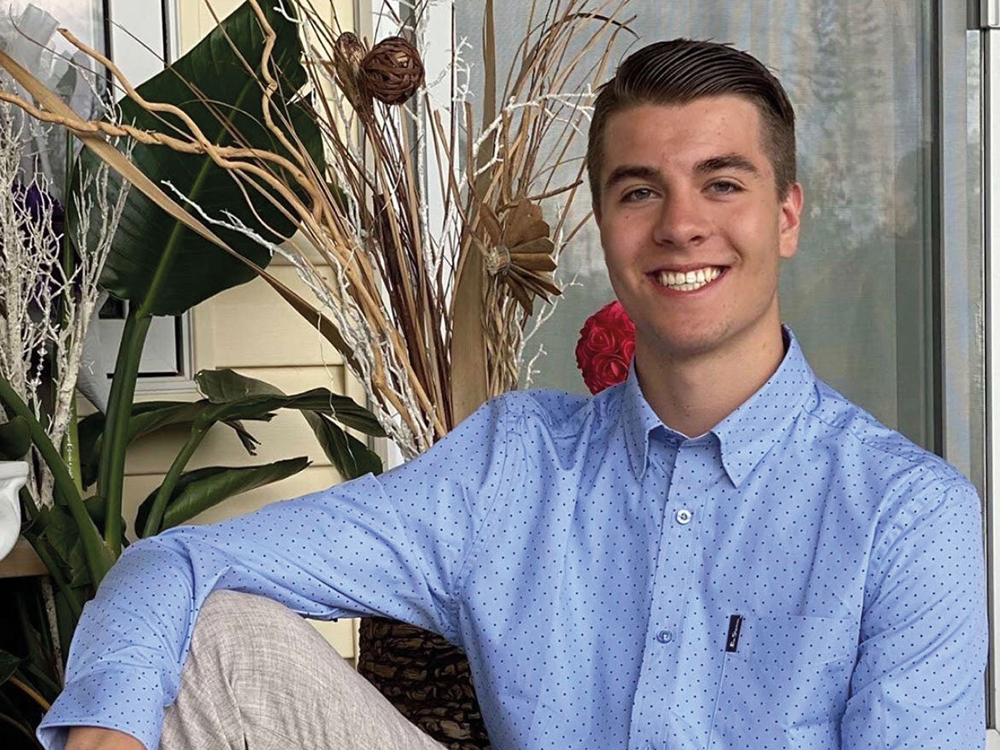 Age: 18
School: First-year student at the University of Calgary; Holy Trinity Catholic High School Graduate for the Class of 2020
Future Goal: To become a zoologist

If someone has ever seen a six-foot-tall blur scurrying around town, chances are it was Owen Mulhall. The question to ask is not what has he done, but what doesn’t he do? From participating in local theatre to volunteering around town to working as a lifeguard and swim instructor at MacDonald Island, Owen can be found everywhere around YMM.

Whether playing an instrument, singing, dancing or acting, Owen is a talented artist and excels in the performing arts. Owen played the trombone for the Holy Trinity Catholic High School jazz and concert bands, as well as YMM’s community jazz band. He was also a member of Trinity’s reputed choir and the Fort McMurray Catholic School Division elite choir.

Additionally, he played a lead role in the annual musical productions at his school for three consecutive years. Owen dances at Generation Dance Studio and has been in Flashdance the Musical and Footloose at the Keyano Theatre. He was awarded Holy Trinity’s Male Artist of the Year at his graduation.

When Owen wasn’t performing, he was helping out in both his school and the community. Owen was elected vice-president of Holy Trinity’s student council for the 2019-2020 school year and was integral to his school’s spirit and welcoming atmosphere.

He was also a member of Trinity’s Teens for Change, a social justice group devoted to positive change locally and globally, for six years. In his spare time, Owen has volunteered for food bank drives, the soup kitchen, and the Alberta Winter Games.

When not helping others, Owen was found on the court or outside as a varsity volleyball athlete, track star, cross-country runner, or black belt in karate. Despite his endless list of extracurriculars and activities, Owen remained a top student, receiving honour roll, year after year.

When asked how and why he participated in so many things, Owen said, “I do so many things because I enjoy doing them, and I don’t want to have to choose between the things I love.”

Whether someone has known Owen for many years or have just met him, there is one thing they can surely agree on: he has a big heart.

His peers will say Owen always has a smile on his face, no matter what he is doing and treats everyone with the utmost respect. He is willing to give an extra hand to someone in need and makes his love for people and animals very clear.

Above anything else, Owen values the people in his life. He cherishes quality time with family and friends and makes sure to include them in his busy lifestyle.

Today, Owen is pursuing studies in veterinary medicine in the zoology program at the University of Calgary.

“I want to become a veterinarian so that I can learn more about the animals that populate the earth we all share and how to help them when they are injured, sick, or at risk for extinction.”