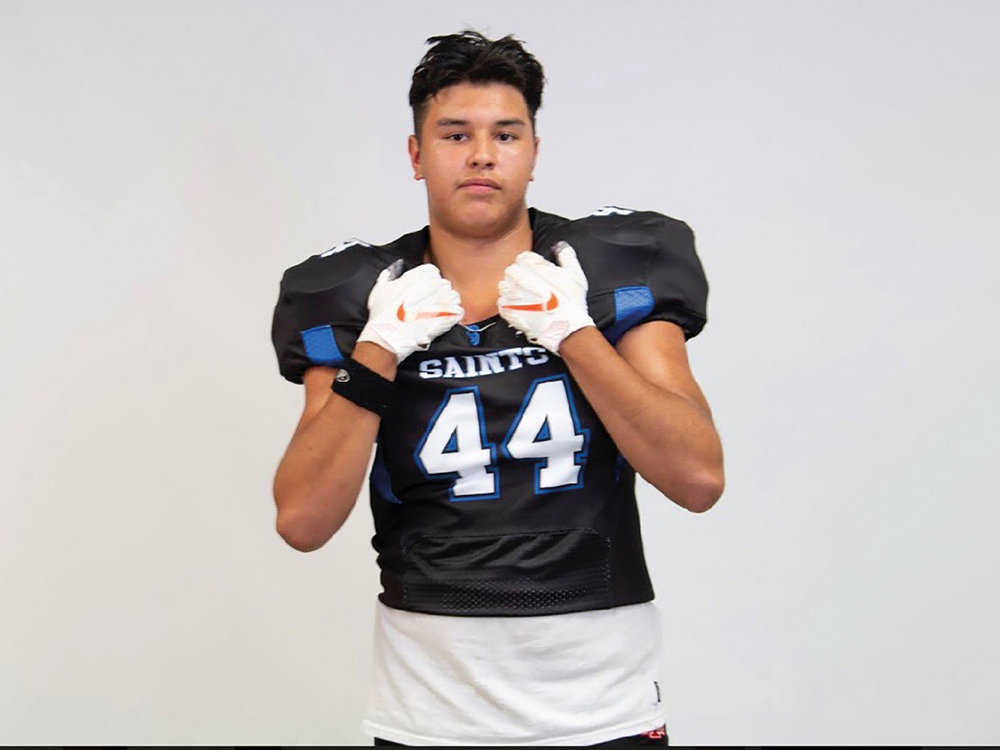 Age: 19
School: Holy Trinity Catholic School Graduate for the Class of 2020
Future Goal: To be a professional football player

Seth Berland is the original “do things my own way” in Fort McKay, and his way has paved the road to success for not only himself but also his fellow teammates.

In June 2020, Seth signed with the Canadian Junior Football League’s Okanagan Sun Football team and is currently training for the 2021 CJFL season.

Looking back at his pathway to become a professional athlete, Seth has been a trailblazer for the youth in the Fort McKay community.

He was the first one to start playing football, which turned out to include three different teams in Fort McMurray, three times a week. Considering the route from his home to the city, Seth had to create a precisely timed schedule, which he fine tuned and adapted to it.

His weekly routine also included his youth work for the Fort McKay First Nation and taking on the position as the first inaugural President of the Fort McKay Youth Council.

“My schedule was so busy that I barely got a chance to sleep most nights. I would get home so late, and then I would have to restart the whole day in a couple of hours. I didn’t mind being that busy, to be honest. It was nice doing something all day, every day, and not having days off,” he said.

“At some points, I would feel so unmotivated to go to school. I would wake up in the morning and think, I’m too tired for this. I don’t want to go to school, but then I would realize I had things to do later in the day and my only ride into town would be on the school bus. So, it would end up pushing me, even in -30 weather. In the big picture, my drive to be successful in football indirectly made me successful in every other area of my life,” said the recent Holy Trinity Catholic High School graduate.

Others tried to join him in his football routine, but it was a tough challenge. However, his determination brought success to his community, and the Fort McKay Northern Spirits football team was born, which he helped coach.

“The thing I like most about coaching was that it taught me to be a better person because you have to set an example for the younger guys. You’re in a leadership position. These younger guys look up to you, so you have to make sure that you are being a good role model and setting a good example,” Seth shared.

“Every single coach I ever had would support me but also pushed me beyond my limits, and that is something I will be forever grateful for. That’s the type of coach I wanted to be when I was coaching.”

“Every single coach I ever had would support me but also pushed me beyond my limits, and that is something I will be forever grateful for. That’s the type of coach I wanted to be when I was coaching.”