Where Are They Now? Spotlight on MACOY alum Shruti Shah

As a recent University of Alberta graduate, Shruti Shah is chasing her passion in medicine and healthcare and attributes her professional success to the Mayor’s Advisory Council on Youth (MACOY). With four years of involvement during high school, Shruti articulates how the Regional Municipality of Wood Buffalo mentorship program allowed her to flourish.

“Before MACOY, I felt like I lacked professional perspectives. Through MACOY, I learned how to thrive in a professional environment, chair meetings, and work in a team setting, which was something I was never exposed to before,” the 22-year-old described.

“What started out as something I did because my friends were doing it, became something that made me passionate about my community. I cannot stress enough how important that was when I became involved in University.” Shruti consistently involved herself in advocacy and projects that promoted collectivism and mentorship between diverse groups throughout her high school and undergraduate studies. 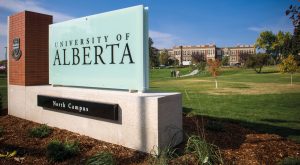 From being the president of Art for Youngsters to a senior mentor of the Faculty of Sciences’ Science Mentors Program, she taught skills to younger students from low social-economic areas. She further assisted incoming Freshmen and international students by accommodating them to a high-calibre university environment. In her last year, she mentored 19 students in total.

“I never had conversations like: “Where can I buy a good winter jacket?” before as I had with one local student. The program allowed me to develop mentorship and interpersonal skills but also different perspectives. I was shocked at some of the questions because they forced me to search for the best answers.”

Shruti alludes that MACOY has inspired her to become a better leader with support, representation, and advocacy in mind.

“In university, you need skills like self-confidence. I had the support and mentorship, which inspired me to become a mentor myself. Representation and advocacy are incredibly important to me. That sparked from, and was fostered by, MACOY.”

When asked about a unique opportunity that MACOY allowed her to partake in, Shruti cherished the occasion to network with council members and the leaders of Fort McMurray at the Mayor’s Holiday Party. She elaborated on the encouragement from her MACOY mentors to step out of her comfort zone and use her voice.

“Networking at that time for me was talking to my friends and their friends. But without MACOY, I wouldn’t have had the opportunity to be in an environment that motivates me to network.”

The MACOY Alum recalled being approached by a council member who worked in city beautification.

“He provided me with his contact information. I was initially surprised. But later, we engaged to start projects.”

That was one of many projects Shruti spearheaded in high school. Being a part of diverse groups at Westwood Community High School and MACOY allowed her to “expose youth to different avenues and hobbies.”

In 2020, Shruti completed her studies at the U of A with a BSc with a Specialization in Cell Biology. She is currently working part-time at a local pharmacy and will be pursuing further education in medical school this fall.

Behind the Scenes with MACOY: Mentorship teamwork through a pandemic