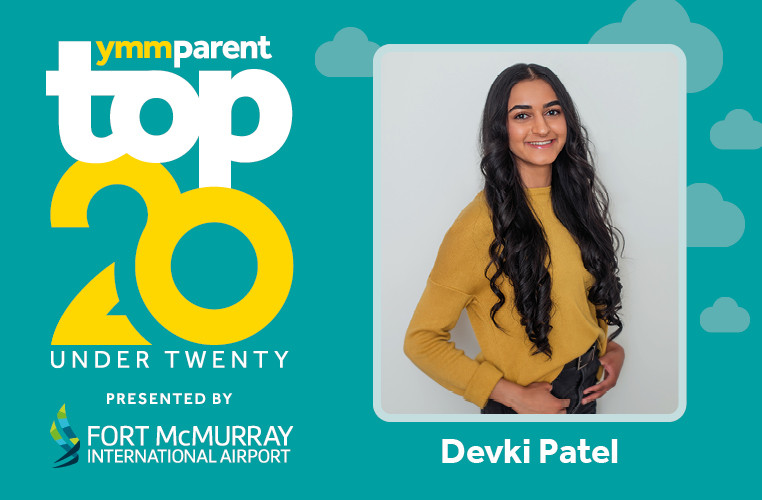 As a MACOY (Mayor’s Advisory Council on Youth) and Holy Trinity Alum, 18-year-old Devki Patel continues to impact her community with her devotion; to arts with active volunteerism and leadership in the community.

“There is nothing more fulfilling than knowing that you have made a positive difference in someone’s life, no matter how big or small it may be.”

Upon completing high school in 2020, Devki furthered her studies at York University as a film production major.

She has broken down barriers such as being a woman in a male-dominated field, being a first-generation Canadian and being a visible minority.

“What I love about film directing is that it combines two things I am passionate about, which is leadership and creativity.” — Devki Patel

Regardless of the stereotypes, Devki has achieved life lessons, and she believes that these roadblocks have helped strengthen her into the young woman she is today.

“Being able to pursue film is a privilege because it’s not something that you usually see minorities do. Society now having BI-POC in places that we weren’t typically given opportunities to before is amazing.”

In Fort McMurray, aside from her three-year involvement with MACOY, Devki was valedictorian and former school president.

She was involved with school musicals, Teens for Change, Fort McMurray Boys and Girls Club and the Northern Lights Health Foundation’s Festival of Trees.

She also received the Mayor’s Youth Citizenship Award. Currently, she is involved with the Wood Buffalo Food Bank and Big Brothers Big Sisters of Wood Buffalo and theatre. She has organized many events in her high school and created traditions that continue to this day.

Today, Devki is the Director of Promotions for York University’s Film Students Association (FSA) and helps organize and run events. She created a video production company, filming and editing videos for clients.

Her volunteerism has helped her build professional skills and employment.

One of her favourite places to volunteer is as a Big Sister Mentor through Big Brothers Big Sisters program because “mentoring one-on-one and seeing the world through a child’s eyes is very eye-opening.”

Devki is goal orientated and recognizes the need to stay positive. As she strives for academic excellence, her passion for volunteerism and her art endeavours while growing her natural leadership skills.

Devki is an ideal citizen on her way to unbounded success.