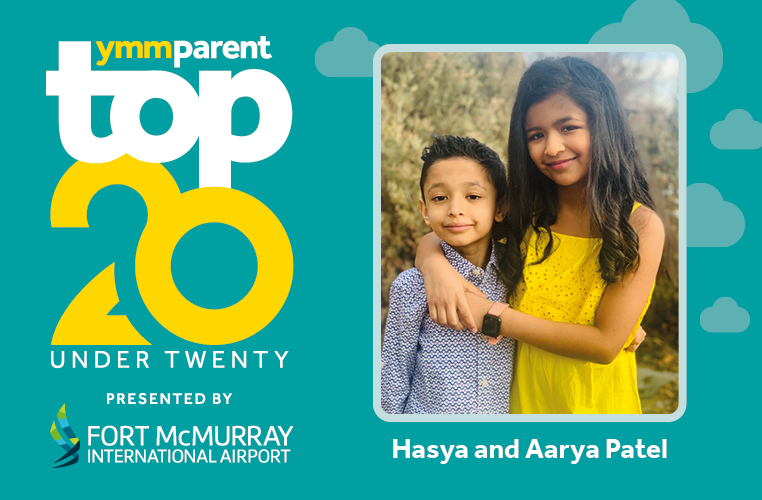 Future Goal: To become a teacher

Eight-year-old Hasya and 10-year-old Aarya Patel are not the ordinary children one would expect.

While others their age would engage in an intense Pokémon trading session over a lunchroom table, the two siblings’ passion is studying STEM and serving the community.

Inside the classroom, this dynamic duo is at the top of their game with credited awards. Hasya placed third in the 2019 Regional Spelling Bee contest.

Coming up a little short in the rankings, he was ever so motivated to return the following year as he placed first in the 2020 Regional Spelling Bee contest.

For his accomplishment, he participated in the National Spelling Bee in 2020, where he encountered an incredible life experience.

Hasya is also a math prodigy as he holds the Regional Kangaroo Math competition award for three consecutive years from 2018 to 2020.

His slightly elderly sister, Aarya, is no less than him. She, too, won first place in the Regional Spelling Bee contest in 2019. Her regional accomplishment allowed her to attend the National Spelling Bee in Toronto!

Aarya is also a back-to-back Regional Kangaroo Math competition champion for 2017 and 2018. One could say that her younger brother has inherited many of her accomplishments.

Hasya and Aarya are actively involved in several extracurriculars.

Hasya is a member of the Northern Trailblazers Basketball Club. Additionally, both the siblings have taken the challenge to become critical and analytical thinkers through Chess.

As Fort McMurray Chess Club members, the two have learned to master the game and play amongst their peers. Hasya is taking his talents to the 2021 Provincial Chess Tournament this summer as the winner of the Regional Chess Tournament.

At a young age, if this was not enough, Aarya and Hasya also volunteer at the Wood Buffalo Food Bank, alongside their parents, when they can.

When asked about what it means to be a finalist for the Top 20 Under 20 program, Hasya said he is extremely grateful for his accomplishments to be recognized. And Aarya said, “I want to keep representing Fort McMurray through the spelling bee and math contests.”

The duo is a reminder to several youth and adults in the community that age is just a number.