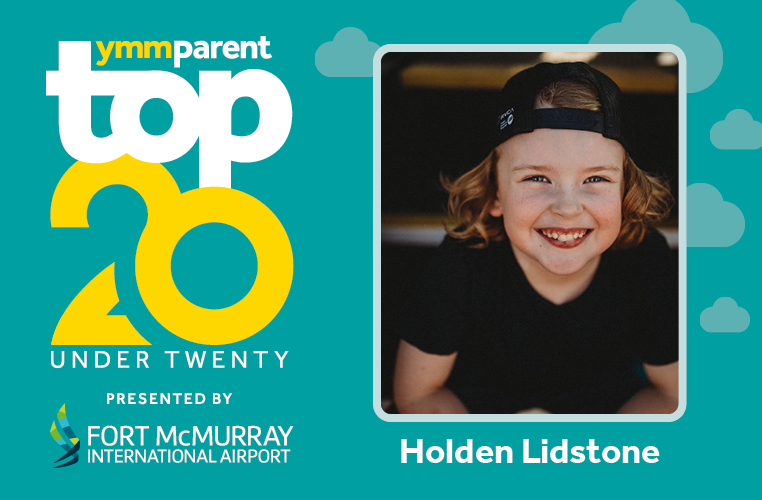 Future Goal: To go to university and become an NHL player

Holden is a young volunteer with a heart full of enthusiasm and care. Even at such a young age, he takes pride in helping out in the community by taking inspiration from his surroundings to play his part.

Rather than being let down by the constant changes during COVID-19, Holden took an approach like no other. One typical day he was in his home watching one of his favourite shows, “Marvel Hero Project” — a group of kids who strive to save their community.

Being captured by the beauty of volunteerism, he was motivated to do something similar.

“I felt like, WOW! They’re doing pretty good stuff. I should do something like that,” Holden said.

From that point on, his idea set off. Nothing stopped this fourth-grade student from acting upon his genuine desire to help the patients at the local hospital. Holden set off to fundraise money by selling brittle and creating a Facebook Page for his project.

“Don’t say you can’t do anything. You won’t end up doing it! Say that you can, and you can do it!” — Holden Lidstone

“Heroic Holden” took off, raising over $750 and using it to buy puzzles, toys, and gift cards for the patients, showing his effort. He even managed to gain sponsorship of $6,000 from Prestige Jewellers to support his cause.

Aside from his successful endeavours, Holden is a keen adventurer. He is active, from playing hockey to lacrosse. Even in the home, he is a go-getter; his maturity and care for others shine through his little deeds every day.

“Without them, I wouldn’t be doing this!” His helping hand extends everywhere Holden goes with his big smile and kind words.

His gifted thinking even lets him believe: “Don’t say you can’t do anything. You won’t end up doing it! Say that you can, and you can do it!”

Holden sees himself becoming an NHL player in the future and keeps stepping outside to play his part and make as many fun memories as he can.